US military focuses on ISIS cell behind attack on Kabul . airport 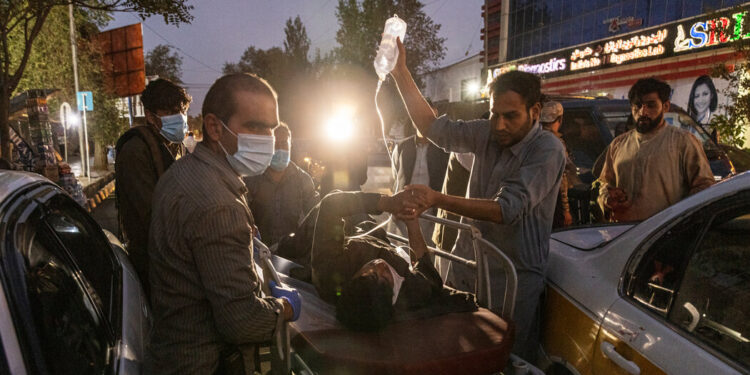 In October, Colin H. Kahl, the defense secretary for policy, told the Senate Armed Forces Committee that ISIS-K could attack the United States sometime in 2022. “We could see ISIS-K that capacity somewhere in between six and 12 months,” he said.

On July 1, U.S. troops left Bagram Air Force Base, the main hub for U.S. military operations, without warning and without public ceremony. Six weeks later, on August 15, Taliban fighters invaded the base and flung open the prison gates.

According to US officials, the Taliban killed a prominent prisoner — a former top Islamic State leader in Afghanistan, Omar Khalid Khorasani — and released more than 12,000 others, including about 6,000 Taliban, 1,800 ISIS-K and nearly three dozen Qaeda fighters.

“The fiasco in Afghanistan has put hundreds of terrorists back on the streets,” said Bruce O. Riedel, a former CIA officer who led President Barack Obama’s first policy review for Afghanistan.

One of them was Mr. Logari, the son of an Afghan merchant who regularly visited India and Pakistan on business. Mr. Logari moved to India in 2017 to study engineering at Manav Rachna University near New Delhi.

Mr Logari, recruited by ISIS-K, was arrested in September 2017 in connection with the New Delhi plot and handed over to the CIA by India’s foreign espionage agency, the Research and Analysis Wing, in September 2017, according to Indian media reports. confirmed by US officials. A CIA spokesperson declined to comment.