Vaccine holdouts in army and navy will be rejected, army says 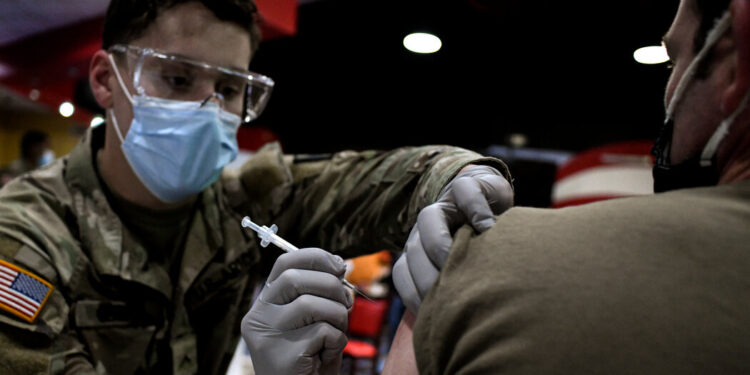 Vice Admiral John B. Nowell Jr., the chief of Navy personnel, said this week that the administrative separation process for those who continue to refuse would be accelerated to “maximize speed and justice in achieving a fully vaccinated force.”

Each service facility set its own deadlines for adherence to the mandate, which was issued last August. The Air Force, with more than 325,000 active duty members, met the deadline on November 2. Pentagon officials this week said 27 pilots — all with less than six years of service — were the first to be fired for vaccine denials. The deadlines for the Marines and the Navy were November 28. The army’s was on Wednesday.

Every year, the Navy fires hundreds of people for misconduct, said Travis Callaghan, a spokesman for the chief of the Navy. “This is an administrative action that we hoped to avoid, but will affect a very small percentage of active duty, and we are equipped to handle this scale of administrative processing,” he said.

Now, 94 percent of Marines are fully vaccinated and 95 percent have had at least one shot. Marines who have not received a second dose by Nov. 14 will be considered unvaccinated and will be treated for administrative separation unless they await a decision on a waiver request, said Major Jim Stenger, a spokesman for the Marine Corps.

The deadlines for National Guard troops are next year.

Five governors asked for their states — Alaska, Wyoming, Iowa, Mississippi and Nebraska — to be exempted from the requirement. The Pentagon has not yet responded to their letter to Mr. Austin, which was dated Tuesday.

“Setting penalties for refusing to refuse Covid-19 vaccination and requiring separation of the National Guard from any state if unvaccinated is beyond your constitutional and legal authority,” the governors said.