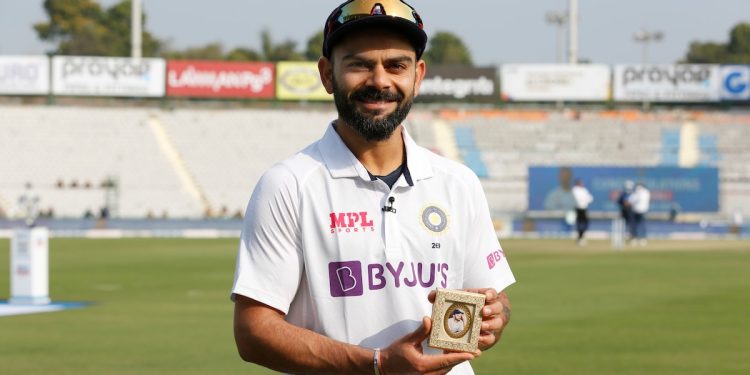 Former India captain Virat Kohli shared a message on Twitter after playing his 100th test match. Kohli, who became the 12th Indian cricketer to reach the milestone mark of 100 Test matches, shared a short video on Twitter on Sunday, hours after India defeated Sri Lanka by an inning and 222 runs in Mohali to take a 1-0 lead. in the two-game test series. “It’s been a long journey to get here. Full of ups and downs and lessons. Wouldn’t have had it any other way. Thanks for all your support,” Kohli wrote in his tweet. “Thank you to my family, teammates, coaches and BCCI. You have made this journey beautiful. Forward and higher,” read the caption in the video.

It was a long journey to get here. Full of ups and downs and lessons. Wouldn’t have had it any other way. Thank you for all your help pic.twitter.com/Q5Vdtz8s1K

Previously, Ravindra Jadeja stood tall with his all-round brilliance as he completed his unbeaten 175 with nine wickets in India’s innings and 222-run victory against a Sri Lankan team that looked anything but test class in a match that ended in three days.

After being knocked out for 174 in the first innings, Sri Lanka, who lost 16 wickets on the day, were dismissed for 178 in their second essay.

In the first innings they were one short of Jadeja’s individual score and in the second they were three more, which speaks to their plight.

India leads the two-game series 1-0 and is eager to take the full 24 points of the rubber by winning the Pink Ball test in Bengaluru, which starts on March 12.

The match as a match was over on the first day when India scored 357 and then Sri Lanka’s misery piled up with Jadeja playing with an exhausted bowling attack.

It is after 60 years that an Indian has scored 150 runs and taken five wickets in an inning. Vinoo Mankad, in 1952 against England at Lord’s, and Polly Umrigarh in 1962 against the West Indies in Delhi, are the other owners of this rare feat.

As if that wasn’t enough, India took a whopping 16 wickets on the third day to close out the match with a cumulative bowling effort of 125 overs in two innings.