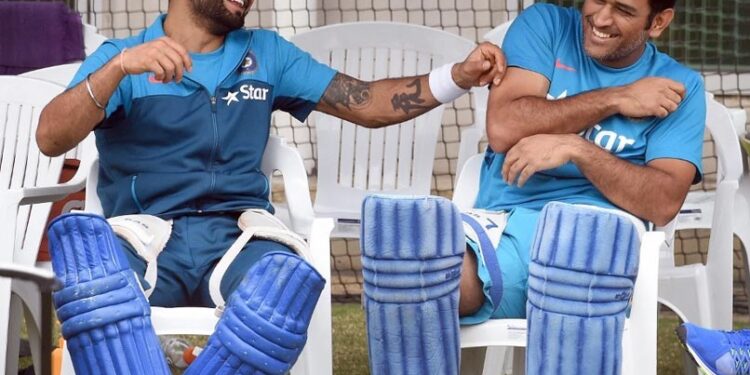 Virat Kohli sent shockwaves around the world on Saturday, abruptly announcing that he would be stepping down as Test captain of the Indian cricket team. Kohli’s decision to resign from the Test captaincy came just a day after India’s loss of the Test series in South Africa. Although his announcement didn’t come during a test run, as MS Dhoni had done, the suddenness of it all still resembled Dhoni’s bombshell in Australia in 2014. In his statement posted on his social media handles, Kohli thanked the BCCI and former India coach Ravi Shastri, but also had a message for his predecessor MS Dhoni.

“I want to thank the BCCI for giving me the opportunity to lead my country for so long and, most importantly, to all the teammates who agreed with the vision I had for the team from day one and never gave up on the situation You have made this journey so memorable and beautiful For Ravi Bhai and the support group who have been the driving force behind this vehicle that consistently brought us up in Test cricket, you have all played a huge part in bringing this vision to life, ‘ read Kohli’s statement.

In the last line of his statement, Kohli thanked Dhoni for believing in his leadership qualities.

“Finally, I would like to say a big thank you to MS Dhoni, who believed in me as a captain and found me a capable person who could advance Indian cricket,” wrote the 33-year-old.

In September of this year, Kohli had announced that he would be stepping down as India T20 captain – his decision came after India’s premature exit from the T20 World Cup in the UAE. This was then followed by the Indian board’s decision to replace him as ODI captain with Rohit Sharma.

Kohli ends his captaincy as India’s most successful leader in the game’s longest form. He led India in 68 Tests and led the team to 40 wins with just 11 losses to his name.

In fact, Kohli is one of the most successful captains in the history of Test cricket. Only Graeme Smith, Ricky Ponting and Steve Waugh have won more matches than Kohli as captain in Test cricket.