Watch the first trailer of Fantastic Beasts: The Secrets of Dumbledore 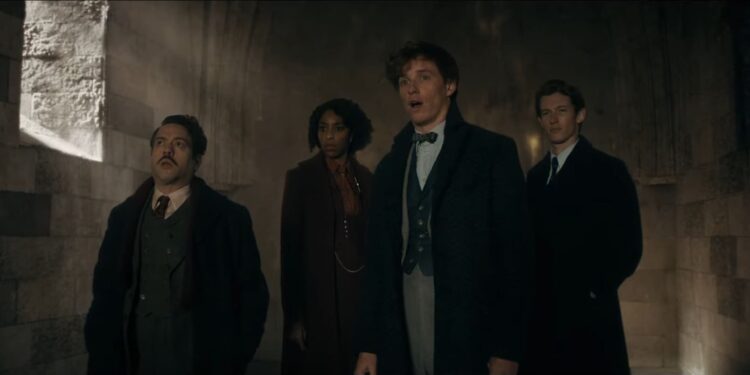 Fantastic Beasts: The Secrets of Dumbledore trailer is here – in English, Hindi, Tamil and Telugu. As promised, Warner Bros. Pictures released the first trailer for the third Fantastic Beasts movie on Wednesday night that will introduce new magical communities from Bhutan, China and Germany – in addition to giving us a lot more of Brazil (Fantastic Beasts: The Secrets of Dumbledore was actually filmed in Brazil). ). The Fantastic Beasts story is further told from the perspective of the quirky, self-confessed magizoologist Newt Scamander (Eddie Redmayne) whose presence at the heart of a story of Albus Dumbledore (Jude Law) versus Gellert Grindelwald (Mads Mikkelsen) grows increasingly suspicious. But that’s true for so much of this Harry Potter spin-off franchise.

“If you listen closely enough, the past whispers to you,” says an unseen voice at the beginning of the Fantastic Beasts: The Secrets of Dumbledore trailer, before Newt visits Dumbledore in what appears to be his hometown. Dumbledore then tells Newt that Grindelwald (Mikkelsen, replacing Johnny Depp, and first seen here as the dark wizard) is tearing the world apart through hate, and that he will have to trust him if they want to defeat him. Newt’s brother Theseus (Callum Turner) then gives us a tour of the new team: a magizoologist, his indispensable assistant (Victoria Yeates), a wizard from an old powerful family (William Nadylam), a schoolteacher (Jessica Williams), and a Muggle ( Dan Fogler).

Though he’s not quite a Muggle anymore. Fogler gets a wand courtesy of Dumbledore, Newt tells him. There’s a shot of a long-haired Credence Barebone (Ezra Miller) staring at a phoenix – Grindelwald claimed he was Dumbledore’s long-lost brother in the second Fantastic Beasts movie – and later in the Fantastic Beasts: The Secrets of Dumbledore trailer, Credence and Dumbeldore even comes out in a duel. Elsewhere, there’s plenty of action, and what looks like a happy reunion for Jacob (Fogler) and his love interest Queenie Goldstein (Alison Sudol) who had turned to the dark side last time.

Here’s the official synopsis for Fantastic Beasts: The Secrets of Dumbledore from Warner Bros.:

Professor Albus Dumbledore (Jude Law) knows that the mighty dark wizard Gellert Grindelwald (Mads Mikkelsen) is on his way to seize control of the wizarding world. Unable to stop him alone, he entrusts magizoologist Newt Scamander (Eddie Redmayne) to lead a fearless team of wizards, witches and a brave Muggle baker on a perilous mission, where they encounter beasts old and new and clash with Grindelwalds. growing legion of followers. But with the stakes so high, how long can Dumbledore stay on the sidelines?