‘We’re not there yet’: When states drop mask rules, the CDC stands firm 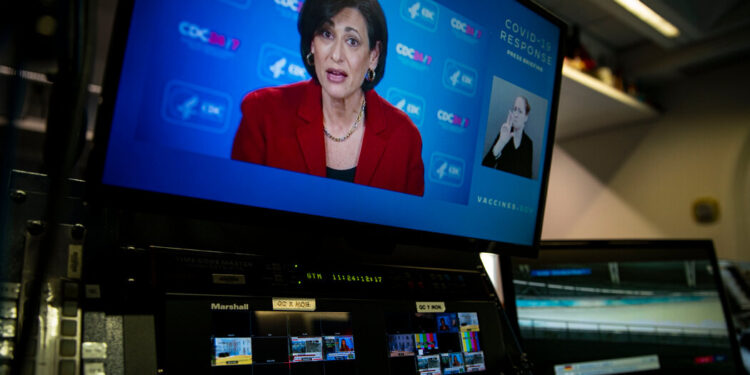 A color-coded map on the agency’s website shows the entire country in red; 99 percent of all counties are in a high transmission zone — a point Dr. Walensky Wednesday underlined.

The public is understandably confused. Several weeks ago, with the rise in Omicron infections, the CDC clarified its stance on different types of masks, recognizing that the cloth masks commonly worn by Americans do not offer as much protection as surgical or respiratory masks. A few days later, Biden announced that his government would provide 400 million high-quality N95 masks to the public for free.

Now, several experts said, the agency must quickly come up with statistics for when masking and other restrictive measures should be relaxed — and when they should be reinstated. dr. Wen spoke of an “off ramp” and an “on ramp” for mitigation measures, saying two factors are critical: whether hospitals and intensive care units have adequate capacity, and whether vaccines and boosters provide good protection against serious illness.

“The ramp for restrictions should be their top priority because this is what individuals, businesses, state and local officials think about every day,” she said.

drs. Wen, Gounder and Osterholm are on a long list of experts with whom the White House has recently consulted. None of the participants would describe the discussions, except to say that the board officials who attended — including Dr. Vivek H. Murthy, the Surgeon General; dr. Anthony S. Fauci, President Biden’s chief medical adviser on Covid-19; and dr. David A. Kessler, the scientific advisor for the Covid response – did more listening than talking.

The meetings with outside experts appear to have been prompted by a trio of articles published in January in the Journal of the American Medical Association in which six former Biden transition advisers urged the administration to take a longer stance and begin preparing a pandemic scenario aimed at “the new normal.”

The effort was led by Dr. Ezekiel Emanuel, an oncologist and medical ethicist who advised former President Barack Obama. In the first article, Dr. Emmanuel, Dr. Gounder and Dr. Osterholm, an epidemiologist at the University of Minnesota, said the United States must avoid being trapped in “a perpetual state of emergency.”