What can One Life tell us about the fight against HIV? 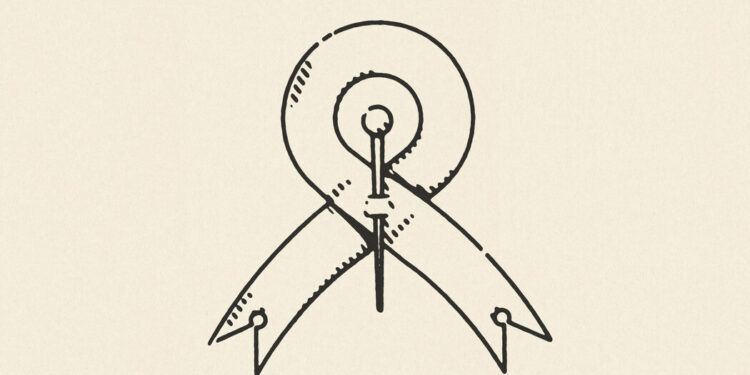 looking back is a series from the Headway team that looks back on predictions and promises from the past.

The story of the past two decades of the fight against HIV can be told through the life of Juliet Awuor Otieno. She was 18 years old and living in Nairobi, Kenya, in 2001 when she learned she was pregnant. When she visited the doctor she was tested for HIV

That year, United Nations forecasts indicated that as many as 150 million people worldwide would be infected with HIV by 2021. But that disastrous fate did not come. The joint UN program on HIV/AIDS, known as UNAIDS, estimates that about 79 million people have been infected with HIV since the start of the epidemic – still a disastrous number, but just over half of the feared total.

How did the turnaround start?

In Kenya, as in many other parts of the world, an HIV diagnosis was made in 2001 with the horror of impending death. Antiretroviral therapy, or ART — a daily regimen that prevents the virus from multiplying in the body — had proven its general effectiveness, but was costly. In 2000, according to Doctors Without Borders, a single patient’s treatment for a year would cost $10,000 to $15,000.

Ms Otieno, a reproductive health advocate, was given an antibiotic, Septrin, to prevent the opportunistic infections that can accompany HIV. She was ashamed of being HIV positive and worried that her family would learn her status, so she threw most of the Septrin in the trash. Her son, born in 2002, most likely contracted HIV from her and died of pneumonia when he was 5 months old. She developed toxoplasmosis, a parasitic infection, the following year; her right side is still partially paralyzed.

During this harrowing time for Ms. Otieno, HIV/AIDS quickly gained attention as a global human rights problem, triggering changes that would turn the HIV pandemic for the world—and for Ms. Otieno herself. Activists pressured drug companies to withdraw patent protection on antiretroviral drugs in order to lower the drug’s prices and called on generic drug manufacturers to create affordable versions. In 2003, one year of treatment cost a patient in a low- or middle-income country, $1,200. In 2018, it cost less than $100.

Governments and international organizations became more serious about fighting HIV/AIDS. In January 2002, the Global Fund to Fight AIDS, Tuberculosis and Malaria was established with $1.9 billion in pledges from a group of 8 countries. The following year, President George W. Bush announced the creation of the President’s Emergency Plan for AIDS Relief, or PEPFAR, which began with a five-year budget of $15 billion and aims to bolster treatment and prevention in the worst-hit countries. . especially in Sub-Saharan Africa. In 2003, the World Health Organization announced the “3 by 5” initiative, which aimed to provide three million people with antiretroviral treatment by 2005. (The goal was not met, but it helped spur international bodies into action.)

“PEPFAR has changed the landscape of HIV services and brought treatment where the burden was,” said Annette Reinisch, senior disease advisor at the Global Fund.

“It sounds easy to say that there are more people ART these days, but there’s a big system behind that,” said Lucie Cluver, a researcher at the University of Oxford and the University of Cape Town who specializes in HIV and children. “You have to take a pill from a drug company to a little clinic on a hill, to get someone who knows enough and can involve the person who has to take it every day. There’s all these logistics and procurement processes, all this stigma. These performance reflects a level of complexity that is daunting when you think about it.”

Within a decade of the UN’s warning, HIV, which had been a deadly infection for millions of people around the world, had become a manageable chronic disease for many.

In January 2005, at a Doctors Without Borders clinic in a Nairobi slum, Ms Otieno learned that antiretroviral treatment was available in Kenya. A therapist warned her that the drugs can have side effects such as skin rashes and vomiting, and that if she misses a dose, she could develop worse infections. The support of loved ones was crucial. Ms. Otieno, realizing she had a second chance at life, decided to take her treatment seriously. After keeping her status a secret for years, she revealed the truth to her mother.

What’s in store. The Hindsight series looks at past efforts to improve our world to learn how best society can move forward in the face of increasing danger. Here are some key examples that can help us navigate our way forward:

Clean water in Ethiopia. In 2015, an initiative to dig wells and install community taps appeared to be a turning point for a country struggling to provide its people with safe drinking water. But villagers continued to get sick. What went wrong?

A promise to reduce poverty. In 2000, the United Nations vowed to drastically reduce the number of people living in extreme poverty. They achieved the goal, but the pandemic and appalling conditions in sub-Saharan Africa show how fragile these gains can be.

The fight against HIV In 2001, UN estimates suggested that 150 million people would be infected with HIV by 2021. That fate did not come to pass and AIDS has become a manageable chronic disease for many. Here’s how it happened.

Are we winning the battle today?

The global fight against HIV/AIDS continues. In 2011, UNAIDS announced an ambitious campaign called Getting to Zero. Public health officials have committed to the goal of zero new infections, zero discrimination and zero AIDS-related deaths by 2030.

But as the world has learned from Covid-19, deadly viruses have many ways to fight back. Unlike efforts to fight the virus that causes Covid, an HIV vaccine has eluded decades of effort. Many experts doubt whether the ambitious new goals will be achieved by 2030. The virus still carries a huge stigma, especially in places with laws restricting homosexuality or policies that promote abstinence. HIV in children remains a difficult challenge. Covid has also withdrawn resources from HIV treatment and prevention.

In July 2021, Ms. Otieno gave birth to a healthy baby boy. She continues to control the virus through ART. Looking ahead, she says her work focuses on sustaining funding for HIV services so that people can continue to receive treatment; if long-term care remains unaffordable for the millions living with HIV as a chronic disease, many people could drop out of ART and become more contagious. Proponents are also pushing for advances in preventive measures such as pre-exposure prophylaxis or PrEP — a daily pill to prevent infection — and trying to eradicate HIV stigma.

“We cannot prevail,” said Mrs. Cluver. “It would be a mistake to say we are winning. But we’ve made significant progress in reducing what could have been worse.”

progress is a DailyExpertNews initiative that explores the challenges of the world through the lens of progress.

The Headway initiative is funded by grants from the Ford Foundation, the William and Flora Hewlett Foundation and the Stavros Niarchos Foundation (SNF), with Rockefeller Philanthropy Advisors as a fiscal sponsor. The Woodcock Foundation is a funder of the Headway public square.