What is ‘love bombing’? 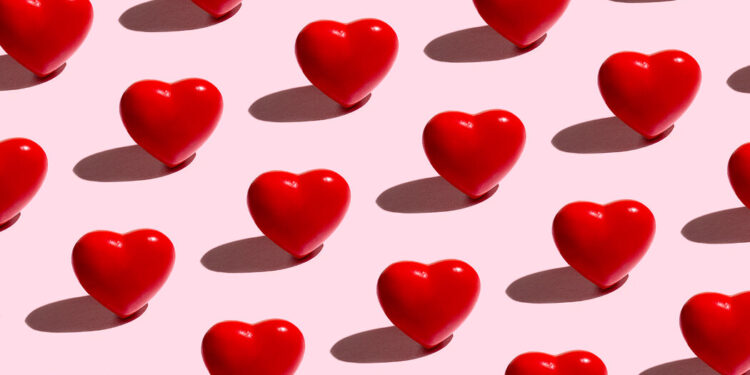 Imagine you are sitting in a restaurant one evening and after dinner you decide to order not one but two slices of cheesecake for dessert. Many would say that’s unhealthy — or at least indulgent — but everyone deserves a treat every now and then. Right?

However, if you order two slices of cake for dessert every night for months, your health could suffer.

This is an analogy that Chitra Raghavan, a psychology professor at the John Jay College of Criminal Justice, used to explain how romantic behavior can turn into a manipulative dating practice known as “love bombing”: pampering a new romantic partner with big gestures and constant contact to gain the upper hand in the relationship.

“One partner, typically masculine but not exclusive, showers the other person with attention, affection, compliments, flattery, and essentially creates this context where she feels like she’s met her soul mate and it’s effortless,” said Dr. Raghavan in a telephone interview. “The reality is that the person doing the love bombings is creating or manipulating the environment to look like he or she is the perfect partner.”

Sounds familiar? Here are some signs and patterns to keep in mind to avoid love bombing — and advice on what to do if you think it might be happening to you.

“If someone gives you attention and is generally present on the first date, that generally indicates interest,” says Dr. Raghavan, who also specializes in domestic violence and sex trafficking. “But then there is also someone who pays you interest in such a way that you are completely absorbed in it.”

She added that it can be difficult to recognize the disconnect between familiarity (remember, this is someone you’ve only just met) and affection in the moment, especially when someone is uttering words you’ve been dying to hear: “you you are my soul mate’, ‘I’ve never met anyone I feel so close to’ or ‘Everything about you is what I wanted’.

“It’s very exaggerated, theatrical, but can also be seen as deeply seductive and romantic, depending on what happens in between, what happens next,” said Dr. raghavan.

Isolation from friends and family

It may seem sweet that your new partner wants to spend all their time with you. But more often, it’s a red flag: The person may be a narcissist who is trying to isolate you from the other connections in your life as a way of controlling them.

Amy Brunell, a psychology professor at Ohio State University whose research focuses on narcissism in social and romantic relationships, said that while not much research has been done on intimate partner violence and narcissism, there is a connection. By controlling a person’s social life from the start, the person has nowhere to go if a relationship deteriorates.

“It plants the seeds for violence between intimate partners, because usually someone finally has enough and wants to get out, and then it’s really hard,” said Dr. Brunell in a telephone interview.

dr. Raghavan said showering new partners with gifts is a common way for love bombers to exert influence, and even if they don’t have money, they can pretend they do.

“It’s part of the idea of ​​excess and overwhelm the person so that they are swept off their feet,” she said, adding that the “constant attention, flattery, temptation, gifts “make it hard” to process that you overwhelmed… And when you are overwhelmed, you see no danger.”

Narcissists tend to be materialistic themselves, said Dr. Brunell, so they can also give gifts to boost their worth and self-esteem.

“It kind of reminds me of the Christian Gray stuff in that series, the chronic high-end gift giving,” she said, referring to the title character in “Fifty Shades of Grey.” Because such characters abound in romantic media, she added, their behavior becomes “our equivalent idea of ​​romance.”

Paul Eastwick, a psychology professor at the University of California, Davis, whose research examines how people begin and enter into romantic relationships, noted that not all grand gestures should be red flags.

“Generally speaking, the way we show affection to other people, the way we show them we care, the way we try to support them, all of these things tend to predict good outcomes,” said Dr. Eastwick in a telephone interview. Love bombing, he said, likely represents a “small subset” of that behavior.

In healthy adult romantic relationships, support, desire and affection are often reciprocal, said Dr. Eastwick. But in cases of love bombing, the attention flows in one direction: one tries to become the whole world of the other.

dr. Raghavan said that people who are bombarded by love often feel that they have lost their sense of self, which can take a long time to rebuild.

“You lose sense of who you are because little things are taken care of for you and these little things can be anything from how you dress to how you present yourself,” said Dr. raghavan. “But it could also be the kind of jokes you’re allowed to tell in public or the kind of woman he wants you to be.”

These experts said that victims should show themselves patience and forgiveness and can also benefit from therapy. They should try to reconnect with the activities and people that were important to them before the love bomber came into their lives, the experts advised.

“It has to happen, accepting the tragic events and embracing the positivity of the future,” said Dr. raghavan.