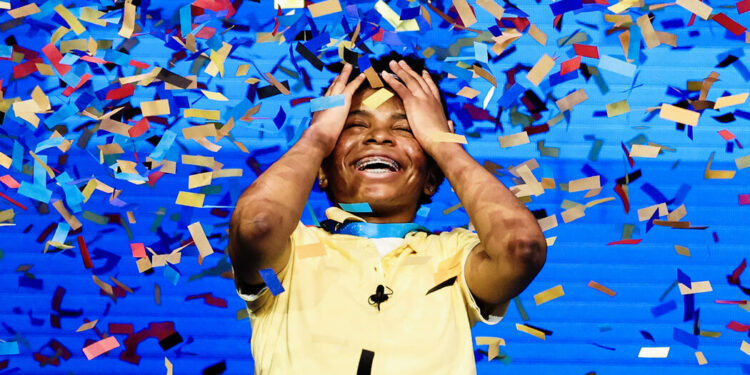 On a Wednesday morning in January, Kamala Harris became the first black woman — and the first woman of color — to be sworn into the office of Vice President of the United States.

At the inauguration ceremony, Amanda Gorman, a black writer and, at age 22, the youngest inaugural poet in American history, recited “The Hill We Climb.” DailyExpertNews critic Dwight Garner wrote that Ms. Gorman “offered an invigorating tablespoon of American plain language. She offered clarity and melodiousness.”

It was black history in the making, broadcast to millions — and a hint of what was to come in the new year.

2021 was always destined to be viewed through the lens of the year before, and 2020 was a milestone in black history. After the death of George Floyd at the knee of a police officer, the summer of 2020 was churning with unrest. Americans took to the streets in what is believed to be the largest movement in American history. There were demonstrations, confrontations, protests and statements; time and time again we heard the expression “Black lives matter.”

When The Times launched the Black History, Continued project in January 2021, part of the project’s brief was to explore the wide variety of ways in which black history unfolds. This ongoing series is curated in part to expand on the kinds of stories that have and have not been canonized as part of the march of progress, as well as spotlight some lesser-known but notable moments in black history. figures in black culture.

Josephine Baker became the first black woman to have the honor of being buried in the Panthéon in Paris. Terence Blanchard, 59, is the first black composer to have his work performed at the Metropolitan Opera.

Sika Henry became the first African-American woman to be recognized as a pro-triathlete, and at the Olympics in Japan, 28-year-old Tamyra Mensah-Stock of Texas became the first black woman to win a gold medal in wrestling.

And Zaila Avant-garde, a 14-year-old from Louisiana, became the first black American entrant to win the Scripps National Spelling Bee — after nearly 100 years of competing.

especially Mrs. Delivering some of the most memorable images of the year, Avant-garde radiated an infectious joy of winning – she twirled in the confetti laughing – and surprised new fans with her diverse roster of achievements. (She also rides a unicycle, can divide five-digit numbers by two-digit numbers in her head, and set three Guinness world records for dribbling and juggling basketballs.)

But as Imani Perry explained in the opening essay of the Black History series, Continued, “Do We Ask Too Much of Black Heroes?”, Black History is about so much more than firsts. “No one can tell the whole story,” she wrote, “no matter how heroic that person is.”

In that vein, many of this year’s notable moments were not stately rites or celebratory breakthroughs. 2021 also brought significant achievements that were more personal and incremental — the small steps a nation takes as black history progresses.

A year after the Pulitzer Prize Board posthumously recognized Ida B. Wells-Barnett, who died in 1931, for “her outstanding and courageous reporting on the horrific and brutal violence against African Americans during the lynching era,” the board reaffirmed its continued contribution from black women to citizen journalism. Darnella Frazier, 18, received a special award from the Pulitzer Board, which praised her for “bravely shooting the murder of George Floyd, a video that sparked protests against police brutality around the world.”

Two champion black athletes chose to step back from the limelight and challenge the way fans think about the demands of public scrutiny. Tennis star Naomi Osaka withdrew from the French Open and spoke candidly about her battle with depression. Olympic gymnast Simone Biles waived several events at the Tokyo Olympics, citing her mental health and concerns about self-care.

In both cases, many spectators were disappointed, but the decision was seen as an important acknowledgment of the pressure of expectations often disproportionately borne by black superstar athletes.

And in 2021, Hollywood finally gave the go-ahead for a long-rumoured film about Black Superman, with award-winning author Ta-Nehisi Coates on board as writer. As comic book writer Tom Taylor told us, “Everyone needs heroes. And everyone deserves to see themselves in their heroes.”

Many of the stories in our Black History, Continued series focused not on newsmakers, but on everyday expressions of black joy wherever they were found.

The collector Alexis Nikole Nelson, so gleefully charming on TikTok, is one of the urban adventurers who helps future generations of black Americans understand their heritage and legacy when it comes to interacting with the land.

Out on the water, black surfers are reclaiming the waves and their place in surfing’s storied history as they become a more visible and vital presence in the sport. As Diane Cardwell (himself a surfer) wrote: “Surfing with other black people can also promote a deep sense of healing, of being seen and understood, and of finding a connection by sharing an experience with people who know your culture and history. in an ocean that your ancestors crossed.”

And much of the black history contemplation of the year involved just that — history — and the ongoing work of revisiting the past to forge a new understanding of the present.

Author and historian Martha S. Jones traveled back several hundred years to bring to readers the story of Abigail, an enslaved woman who was brought to Paris in 1782 by American statesman John Jay, and wrote, “To a ​To give a more complete account of its founding and the many early Americans who contributed to it, I’ve collected small shards of the past that bring Abigail more clearly into focus.”

Betty Reid Soskin, the oldest active ranger in the National Park Service, has devoted her later life to telling stories like hers in national parks, including the Rosie the Riveter/World War II Home Front National Historical Park where she is stationed .

“When I became a ranger,” Ms. Soskin told us on the eve of her 100th birthday, “I took back my own history.”

After watching and writing history for more than a full century, Ms. Soskin embodies a lesson 2021 showed: black history is not a static and stately historical record, but a living story that is still unfolding, with many more stories to tell. to tell.