What New York Dog Owners Need to Know About Leptospirosis? 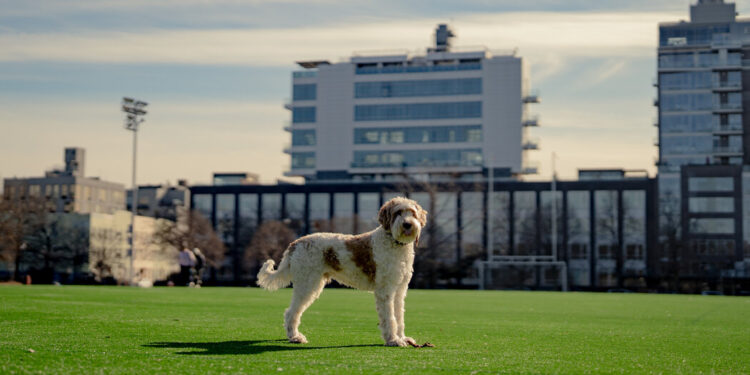 Alarms have risen among some New York City dog ​​owners in recent days as reports have spread about the health risks posed by the city’s legions of rats for dogs.

In the Williamsburg section of Brooklyn, a corner of McCarren Park used as a dog run was temporarily closed for maintenance after rumors of an outbreak of leptospirosis, a bacterial disease spread by rat urine, flooded social media. The bacteria can fester in puddles and damp areas, and animals can become seriously ill if they contract the disease. It can also make people sick.

Lincoln Restler, a councilor representing the area, tweeted last week that his office had received reports that several dogs that had visited the park had later died of the disease. The city health department said it could not confirm the reports, but said it was working with the parks department to inspect for rat activity in the park. Local veterinarians are expected to report positive cases of leptospirosis to the health department.

“I am hopeful that the actions of the parks and the health department will address the conditions we have at McCarren,” said Mr. Restler in an interview.

The stories sparked great concern from dog owners and reminders from local vets about the importance of vaccinating dogs who spend a lot of time in parks.

The disease is caused by bacteria found in the urine of infected rodents and both humans and animals are susceptible to it.

The bacterium thrives in warm, wet environments and can survive in soil, water and food. It can enter the body through open wounds or mucous membranes, or by drinking contaminated water.

The bacteria usually rise in the late summer and fall, said Dr. Gabrielle Fadl, a veterinarian at Bond Vet, a local chain. Early symptoms are fairly non-specific, including vomiting, fever, and lethargy, making it difficult to quickly diagnose an infection.

Symptoms usually begin a week or two after exposure and can be treated with antibiotics. If left untreated, leptospirosis can cause severe liver and kidney damage and be life-threatening.

How common is the disease in New York City?

The city reported 15 human cases last year, as opposed to an average of three cases per year in the previous 15 years. Health officials said most cases had “a clear history or risk factor that exposed them to an environment with a severe rat infestation.” At least one of the infected people has died. Human-to-human transmission is rare and none of the cases were linked to a dog’s infection.

Among dogs, there were also 15 reported cases last year, up from a high of 29 in 2018. But health officials warned the drop may be because providers haven’t reported the cases as required. Between 2006 and 2020, a total of 269 cases — from eight to 29 cases per year — from all five boroughs were reported to the Department of Health.

The federal Centers for Disease Control and Prevention note on their website that the disease has become more commonly diagnosed in pets across the country in recent years.

dr. Fadl, who works at Bond Vet’s Cobble Hill site, said the practice had not seen any cases there or at the Williamsburg site recently. Katy Hansen, director of marketing and communications for NYC’s Animal Care Centers, said the organization’s three shelters, which together take in about 6,000 dogs a year, have also not registered an outbreak of leptospirosis.

Crucially, there is a vaccine. The initial dose is followed by a booster three to four weeks later and then administered annually. dr. Fadl generally recommends it, especially given the increase in New York City’s rat population.

“If you have your own backyard, if your pet is in the parks, if your pet likes to sniff around trash, drink from standing puddles, get a lepto vaccine,” she said.

“It can save them, it can save you,” she added. “Especially if you have very young people or older people who are interacting with this pet, it’s very important to talk to your vet about getting a vaccine.”

It is critical to stay away from pee and puddles that may contain rat urine. That includes keeping your dog away from actual rats and other small rodents, such as squirrels, which can spread the disease.

How do city authorities and dog owners react?

The McCarren Park Dog Run is a “makeshift area” and not an official dog run, according to the Parks Department, but it is widely used by local dog owners. The department said it had received just two complaints about rodents in the park in the past year.

But the Parks Department shut down the area’s trash cans for rat-resistant metal cans on Friday, had an exterminator perform an inspection, and began sprucing up the area Monday and replacing the wood chips on the floor.

The area was practically deserted on a cold day last week. Dog owners in the area said they were staying out of the park after hearing stories that a dog named Oreo had died of leptospirosis.

Humza Rizvi, 26, of Williamsburg, said fears of the spread of the disease and the park’s general lack of cleanliness kept him from taking his golden retriever Ollie there.

“It’s a dog park, so it gets dirty,” he said. But, he added, “sitting water and things that can apparently spread the disease are always there.”

Billy Lucas, 32, of Williamsburg expressed similar concerns. He said he had returned to the park with Wally, his mix of German Shepherds, after noticing that a sign warning of an “outbreak” had been removed. (He noted that the sign he saw had not been posted by the city.)

“I assumed everything was fine,” he said. “Then a concerned dog owner came up to me and told me that a few puppies have recently died of lepto, so we all left.”

Michael Malone, 28, of Williamsburg, said he had double checked to make sure his four-month-old Australian Shepherd Rio’s vaccinations were up to date and that he had been given the leptospirosis shot.

“They encouraged us to buy it because of the rats in the area,” he said. “They told us it’s not really common outside the city, but in the city it’s a good idea to just get it.”