What The Fork: For Kunal Vijayakar, Bhel Puri And Not Vada Pav Is Typical Mumbai Food 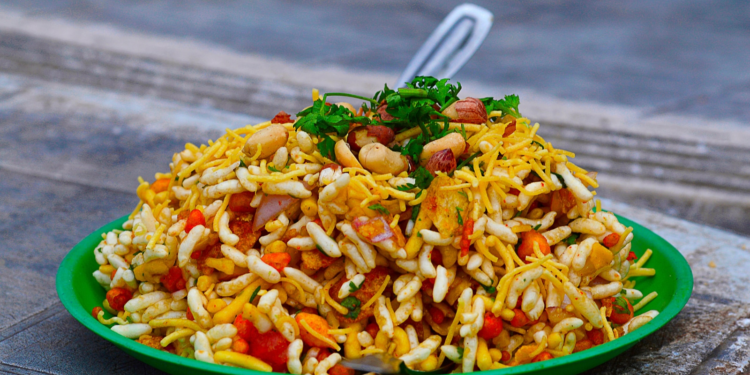 Food eggheads, vloggers, bloggers, journalists and reviewers often talk about the Vada Pav as the archetypal, quintessential Mumbai food. I do not agree with it. Unlike most of these experts with posits, I was born in this city along with most of my ancestors and we have a slight difference of opinion. I would like to anoint the humble Bhel Puri as the paradigmatic Mumbai food, and I have a number of reasons for that. First, when I was growing up in the 60’s and 70’s in this city, there was only Batata Vada, and no such thing as a Vada Pav. I guess that’s why, although I love bread, I still prefer to eat a plate of Batata Vada with chutney than chew a Vada Pav. But the food that was ubiquitous and ubiquitous was – the Bhel Puri.

What’s more, I lived near Marine Drive and Chowpatty Beach was a hop, skip and a bhel away. For some reason Bhel Puri became synonymous with Chowpatty or was it the other way around? Chowpatty Beach, scruffy as it was, was home to a significant number of Bhel Puri stalls. Every afternoon around 3am you could see a sudden burst of activity in the stalls that looked deserted for most of the morning. You could hear the sound of kitchen utensils being washed, masalas being ground, jars of chutneys being stirred, piles of onions, cilantro, and green chillies slicing noisily on wooden planks, and the general clatter and clatter of preparation.

Most of the Bhel Puri walas on Chowpatty Beach were pot-bellied, mustachioed men with well-oiled hair, dressed in a choti. They came from the north and spoke in a Bambaiya bhelpuri version of Hindi-Bhojpuri-Braj bhasha, and I presume their ancestors brought this distinctly North Indian dish, gave it a Bombay flavor and called it Bhel Puri.

Bhel Puri is a type of chaat, and chaat is such a North Indian thing after all. Almost every city, district or town in Northern India such as Delhi, Jaipur and Mathura has its own chaat culture. Mathura, for example, is famous for samosas, kachoris, jalebis, pooris, and Dubki Wale Aloo (potato pieces dipped in thin, spicy gravy). Or Varanasi, where every alleyway is filled with the smell of frankincense and the smell of puris being cooked in desi ghee. These migrants brought their time-honored flavors and spices and methods from Northern India, mixed them with some ingredients (flattened puris, thin sev, puffed rice, gathia, besan and sprouts) which undoubtedly originated in Gujarati farsan, and created Mumbai’s own Bhel puri.

The Bhel is puffed rice mixed with onion, potato and three types of chutney (green coriander chili, red garlic and brown tamarind jaggery) liberally drizzled with sev and garnished with lemon juice, masalas, coriander and strips of raw mango. In the past, Bhel was always served in cones made from scraps of old newspapers or pages torn from discarded annual reports. It was much later that paper plates and other such luxuries made their appearance. The same Bhel laid out neatly on six puris turns into Sev Puri or Lala Puri (without the puffed rice).

In those days there were two kinds of sellers, the Bhel Puri wala and the Paani Puri wala, and their wares were never mixed. The Bhel Puri wala only sold Bhel Puri and Sev Puri. The Paani Puri wala sold Paani Puri (with hollow puris filled with sprouts, potato, chilled jeera water) or Dahi Batata Puri, with curd added to the mix and dahi wadas. Vithal Bhel Wala behind New Empire Cinema, Fort (established 1875), is still famous for its Bhel Puri (they claim to have invented it here but that is apocryphal and neither here nor there). Princess Kulfi House on Princess Street was one of the more hygienic places to grab a Kulfi and a Sev Puri. It was impossible to find a table at Jai Hind Bhel Puri at Nana Chowk. Even the menus of old colonial clubs like the Cricket Club of India, Bombay Gymkhana and The Willingdon Club showed off Bhel and Sev Puri, alongside Welsh Rarebit (cheese-based hot sauce served on slices of toast) and Devils on Horseback (dates stuffed with cheese and wrapped in bacon).

Even today, one of my favorite things to order at the iconic ‘Sea Lounge’ at the Taj Palace Hotel in Mumbai is the Sev Puri. There’s no better feeling than a rainy day when you find a window seat by the plush, carpeted, expansive ‘Sea Lounge’ that overlooks the gray thundering clouds and the waves crashing against the stone walls of Beating Apollo Bunder, and the Gateway of India was washed clean by the rain. And if you order a plate of Sev Puri with a large glass of Vanilla Milkshake. After all, what is Bombay without the Bhel and Sev Puri.