What was important this week 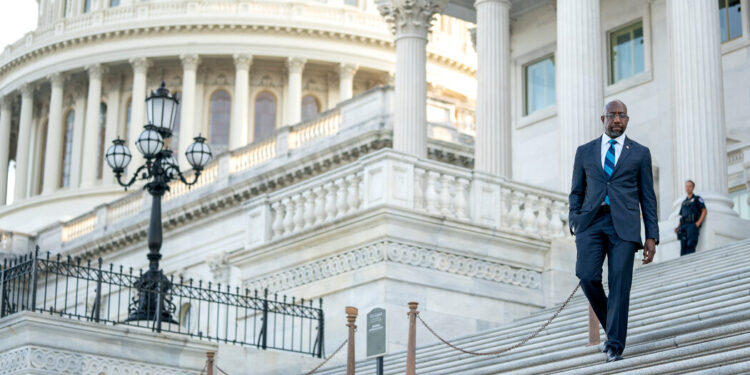 Months ago, Pat McCrory, a former governor of North Carolina, also made it clear that he would not leave the Senate race just because Trump had supported his rival. “If supporters of President Trump want his agenda to be supported in the US Senate, they shouldn’t vote for Ted Budd,” McCrory said. tweeted in June.

It reminds us that while Trump may be the most important person in the Republican Party, he does not have universal control. He can take candidates to the next level, but that doesn’t mean he can get them across the finish line alone.

And there’s Georgia Governor Brian Kemp, whose refusal to throw away his state’s 2020 election results landed him a top spot on Trump’s enemies list. Trump persuaded another Republican, former Senator David Perdue, to challenge Kemp. And the Georgia poll indicates that Kemp is still ahead in the primary.

A number of Republican governors have been downright surly in expressing their lack of interest in running for Senate seats this year: Larry Hogan in Maryland, Chris Sununu in New Hampshire, Doug Ducey in Arizona.

Hogan said he had “no interest whatsoever” in the job. Sununu, who disapproved of Republican senators, said he didn’t just want to be a “roadblock” in Washington. And Ducey has repeatedly said that he is not running.

The job none of them ruled out? President of the United States of America.

What caught our eye this week was a digital ad in New Hampshire, ostensibly an attack on Senator Maggie Hassan, the incumbent Democrat who will be re-elected in 2022. The ad, paid for by Senate Republicans, accuses Hassan of voting to provide stimulus checks to voters in prison.”