WhatsApp Details Features, Services it offered in India in 2021 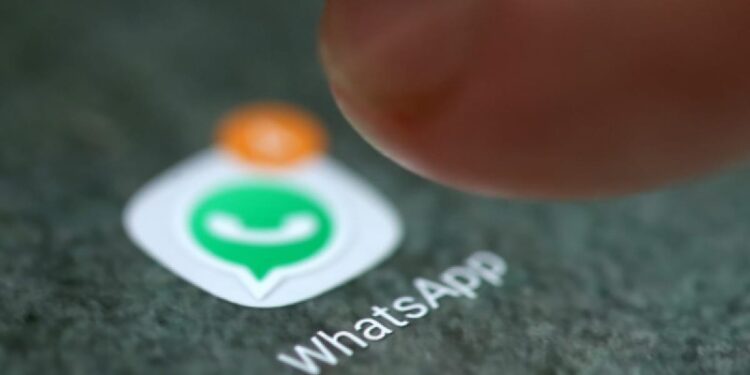 WhatsApp released a 2021 year-end review on Thursday to take a look back at the key highlights of the launches of new features and services offered throughout the year in India – the largest market. The instant messaging app has been used by several state governments and public entities in the country to provide COVID-19-related information and resources to citizens. It also enabled users to book COVID-19 vaccines. In addition to essential services, WhatsApp has introduced features this year including View Once for media content and encrypted backups to provide an enhanced user experience. WhatsApp also expanded its payment function in India in 2021.

The year 2021 brought a drastic impact of COVID-19 in India. While traditional government resources were lacking on many levels, 15 state governments launched dedicated COVID-19 helplines on WhatsApp to provide access to resources and book vaccination appointments. Central and state administrations also used the WhatsApp Business platform to connect with citizens and boost COVID-19 vaccinations across the country.

In 2020, the national government teamed up with the instant messaging app from Meta (formerly known as Facebook) to launch the MyGov Corona Helpdesk. It was updated earlier this year to provide features including booking COVID-19 vaccine appointments and downloading certificates. WhatsApp claimed that more than 55 million people have contacted the MyGov Corona Helpdesk bot so far and more than 12 million vaccine certificates have been downloaded to date. It is also touted to help book millions of vaccination appointments in the country.

In 2021, WhatsApp introduced ephemeral features including view once and default disappearing mode with multiple durations to give users additional privacy. The app has also added features such as message level reporting to let users report accounts by highlighting a specific message and encrypted backup to improve user security.

Among other new features, WhatsApp Payments also received a list of updates. One of these was the new payment shortcut available on various platforms, including Android and iOS, to facilitate payments through the app. It also brought stickers in payment mode and cashbacks to convince more users in the country to pay with WhatsApp. Furthermore, WhatsApp has reportedly received approval to double its payment offering in the country to 40 million users from the existing limit of 20 million.

WhatsApp has also enabled the camera icon on its app to scan QR codes to effectively provide access to more than 20 million QR-enabled stores in the country. It also recently launched a pilot program in 500 villages in Karnataka and Maharashtra to bring the next 500 million Indian users on board the digital payments ecosystem and drive financial inclusion in the country.

WhatsApp for Business updates in 2021

WhatsApp recently announced its partnership with Uber to let users book their taxi through the official Uber chatbot in the app. It was a worldwide first WhatsApp Business platform integration for the taxi aggregator. In addition to Uber, Bharat Petroleum used WhatsApp Business to launch its chatbot called Urja to provide self-service experiences for B2C and B2B use cases. Indian Oil Corporation also used the WhatsApp API platform to enable gas bookings, booking status checking and loyalty point updates.

In addition to serving businesses and businesses, including Uber through its business platform, WhatsApp claimed that its Business app has been used by more than 15 million small and micro-enterprises. WhatsApp also has ties with the trade union Self-employed Women’s Association (SEWA). The partnership would enable women farmers from Kashmir to sell thousands of kilograms of apples and cherries to customers in Gujarat.

WhatsApp is also partnering with Maharashtra-based organization Mann Deshi Foundation to provide workshops for women on various aspects of digital and financial literacy and to educate them using the WhatsApp Business app.

As of July 2019, WhatsApp has 400 million users in India. The app is also notorious for encouraging fake news and misinformation in the country, although it often brings updates to address these concerns to some extent. It also faced heavy criticism in 2021 from users, civil society and governments around the world for its privacy policy update that it eventually delayed in July.