When they warn of rare conditions, these prenatal tests are usually wrong 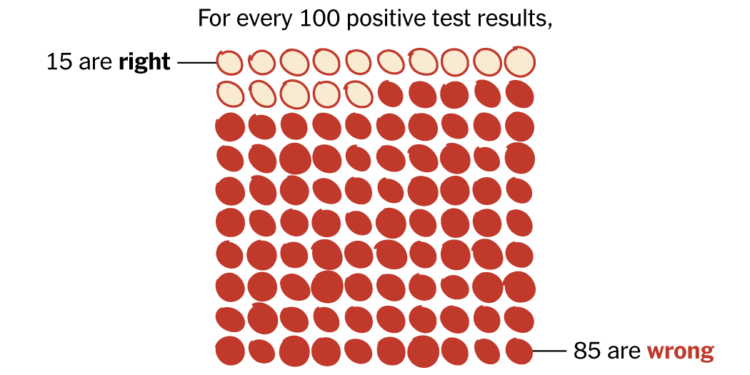 A large market for rare diseases

Between 2011 and 2013, Sequenom, a small Silicon Valley biotech company, tripled in size. The key to success: MaterniT21, a new prenatal screening test that performed remarkably well in detecting Down syndrome.

The test can also determine the sex of a fetus. It quickly became a hit. “People came in and said, ‘I want this gender test,'” Dr. Anjali Kaimal, a specialist in maternal-fetal medicine at Massachusetts General Hospital.

Competitors began to launch their own tests. Today, analysts’ estimates of the market’s size range from $600 million to billions, and the number of women taking these tests is expected to double by 2025.

As companies looked for ways to differentiate their products, many decided to screen for more and rarer conditions. All screenings could be on the same blood draw, and doctors are already ordering many tests during short prenatal care visits, meaning some probably didn’t even think about taking a few more.

However, for the testing company, adding microdeletions can double what an insurer pays — from an average of $695 for the basic tests to $1,349 for the comprehensive panel, according to health data company Concert Genetics. (Patients whose insurance doesn’t fully cover the tests describe being charged vastly different amounts, ranging from a few hundred to thousands of dollars.)

But these conditions were so rare that there were very few cases the tests could find.

Take Natera, who conducted 400,000 tests in 2020 for DiGeorge syndrome, a condition associated with heart defects and intellectual disability.