WHO chief Tedros Ghebreyesus gets another term after key nomination 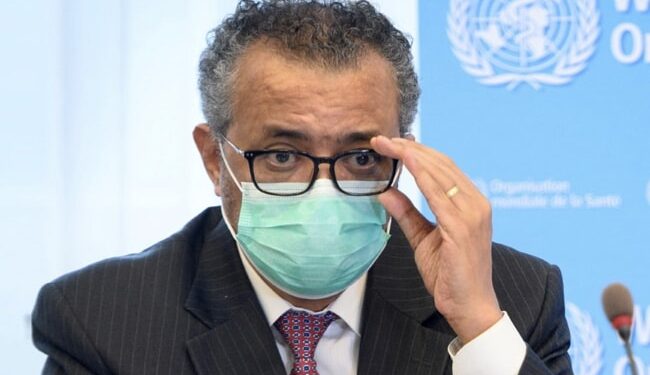 The main source of opposition now comes from Tedros’ own country. (File)

Tedros Adhanom Ghebreyesus, head of the World Health Organization, is virtually guaranteed a second term after a procedural vote Tuesday made him the sole nominee ahead of a leadership election in May.

The UN Health Organization’s first African leader said he was “deeply grateful for the renewed support” after the WHO board of directors held a secret ballot approving his nomination as the sole candidate for the position.

Tedros, one of the most recognizable figures in the global fight against Covid-19, acknowledged that his first five-year term had been “challenging and difficult” and said it was a “great honor” to be given the chance to join the fight. .

Thus, the former Ethiopian minister of health and foreign affairs is expected to be a candidate for re-election when all 194 WHO member states vote for the next director-general in May.

Since Covid-19 hit the world stage more than two years ago, the 56-year-old malaria specialist has received much praise for the way he has guided the WHO through the crisis.

African countries, in particular, have welcomed the attention given to the continent and his relentless campaign for poorer countries to get their fair share of Covid vaccines.

The main source of opposition now comes from Tedros’ own country.

The government of Ethiopia has criticized its comments about the humanitarian situation in its home region of Tigray, in the throes of a 14-month conflict.

Earlier this month, after Tedros described conditions there as “hell” and accused the government of preventing medicines and other life-saving aid from reaching desperate locals, Addis Ababa demanded that he be investigated for “misconduct and violation of his professional and legal responsibility”.

However, Ethiopia does not seem to have much support in his criticism.

“He has indeed expressed himself strongly, but what he is saying is consistent with facts perceived by the heads of all humanitarian organizations,” a Western diplomatic source told AFP on condition of anonymity.

“There was no misconduct.”

Addis Ababa blocked the African Union from unanimously backing Tedros’ nomination, but several African countries, including Kenya and Rwanda, are among the 28 mainly European countries that have officially put forward his name.

The United States now also largely supports the WHO chief.

That marks a major turning point from the start of the pandemic, when the administration of former President Donald Trump began withdrawing the United States from the WHO, accusing it of being Beijing’s puppet and helping cover up the initial outbreak.

Trump’s successor, Joe Biden, has halted the withdrawal and Washington has increased support for Tedros as he has been tougher on China and demanding more transparency about the origin of the outbreak.

Beijing has reprimanded the WHO chief for some of those comments, but still says it supports his candidacy.

Outside of the pandemic, Tedros has faced a barrage of criticism, including from countries that supported his second-term bid, over his handling of devastating allegations of rape and sexual assault by humanitarian aid workers, including 21 WHO officials who had infected Ebola. in the Democratic Republic of Congo between 2018 and 2020.

Tedros told the board he was “appalled” by those reports, stressing that the WHO had “zero tolerance for sexual exploitation, abuse and harassment”.

Tedros’ second term will likely be dominated by the towering task of strengthening the WHO, whose weaknesses were exposed as the pandemic ravaged the planet.

Many countries are demanding sweeping reforms, but the scale and shape of the changes have yet to be determined, with some countries wary that a stronger WHO could undermine their sovereignty.

Tedros is also calling for a major reform of WHO funding, warning that it lacks the funding it needs to respond to the many crises it must address globally.