Why Christine Ebersole’s House Is Decorated With Broadway Castoffs 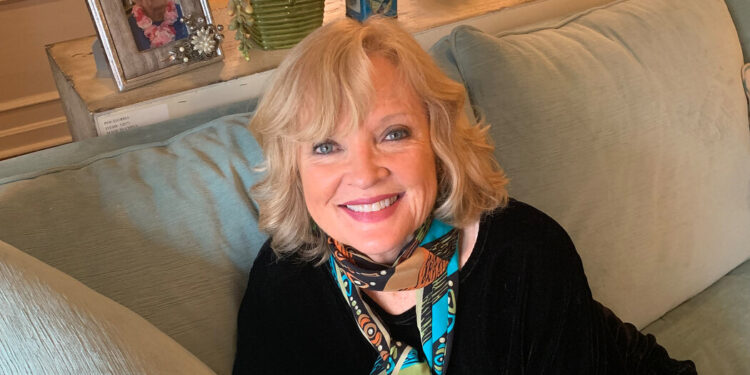 Christine Ebersole’s journey from an immaculately renovated mid-century home in the San Fernando Valley to a tattered side hall in Maplewood, NJ, involved a husband, three children, and seven pets. But it started with an agent who suddenly stopped calling for dollars on behalf of his client in the late 1990s.

“I was in my mid-40s and was basically told it was over for me,” said Ms. Ebersole, 68, a two-time Tony Award winner (for the musicals “42nd Street” and “Grey Gardens”) and a star of the CBS comedy “Bob Hearts Abishola”, now in its third season. “I didn’t believe it, luckily. I have this God-given talent and I have been a good steward of it. The things I had no control over were my body and my face, and gravity – things like that – but my talent hadn’t changed.”

“They say the older actors get, the further east they go, so I thought the East Coast was where I should go,” continued Ms. Ebersole, who has a small but eye-catching role in the recently released film. Licorice Pizza,” and whose new set of standards, “After the Ball,” is due out in February. “We’re all going to end up in China.”

No way out: “I came back to Los Angeles to show my husband pictures of the house we just bought, and he looked at it and said, ‘Well, I guess it’s too late now.'”

In 1999, Mrs. Ebersole was visiting New York, where she had lived for a decade in her twenties and early thirties—first as a student at the American Academy of Dramatic Arts, then as a staunch Broadway buff—and someone asked whether they considered Maplewood.

Well no, Mrs. Ebersole hadn’t thought of it because, as she’d already explained to her husband, Bill Moloney, a former television music director, she didn’t want “one of those bridge-and-tunnel people.”

But because family finances were somewhat tight and New York apartment prices were stratospheric, Ms. Ebersole reconsidered and made an appointment with a real estate agent to show her five properties in one day. The last was the Colonial, built in the late 1920s. “It was a bit of a wreck, but when I walked through the front door, I felt like I was at home,” she recalls. “It’s hard to explain, but it reminded me of Winnetka, where I grew up.”

It wasn’t that she was blushing about the rabbit hole kitchen (“Hats off to the people who lived here before us and raised five children in that kitchen; you had to walk sideways to get to the breakfast nook”), or about the dubious design decisions made by the previous owners, such as sketching the air conditioner with red paint, paving the wood floors with linoleum, and cladding one wall of the living room with faux wood paneling, sawing off the mantel. But really, there wasn’t an error that couldn’t be fixed.

And in the meantime, there wasn’t a flaw that couldn’t be covered up. “The bones were there,” Mrs. Ebersole said.

Early furnishings, including a mirror, rugs, and chairs, came courtesy of her good friend Rosie O’Donnell, who lived in Nyack, NY, and called her one day. “She said, ‘Christie, I’m moving. Come to the house and bring a truck,'” she recalled.

Bit by bit, roll by roll, paycheck for paycheck, the house was rehabilitated. A new mantelpiece was installed. The roll top bath that had mysteriously disappeared from the bathroom on the third floor was replaced. Bookcases were built in the study. The gloomy basement became a finished basement with a bathroom and the best shower in the house. It’s also the repository for memorabilia such as the tiara Mrs. Ebersole wore during her reign as Guenevere opposite Richard Burton in the 1980 Broadway revival of “Camelot.”

“I loved him so much,” she said of Mr. Burton. “I think I got along well with people who could be very intimidating because my father was a very strong figure. I learned it from the best.”

The very handy Mr. Moloney built the tree house in the backyard and did some of the finishing work on “the lodge,” the three-season wood-paneled room built off the kitchen. The kitchen itself was opened and reassembled around a star appliance: a 1949 O’Keefe & Merritt range from the Antique Stove Heaven store in Los Angeles.

“Bill and I love those days when you just had to turn a knob and the stove was on – the simplicity of it and when things were built to last,” said Ms. Ebersole, who is generally highly esteemed. for things that are made to last, an attitude she inherited from her parents. “They didn’t need much decoration. For them it was about quality and what was useful.”

The dormer on the third floor, originally a bedroom for Mrs. Ebersole’s mother, who lived in the house for 10 years, is now Mrs. Ebersole’s dressing room. “It’s such an amazing space of serenity for me,” she said.

Hirschfeld’s caricature, the many framed awards hanging from the so-called “wall of idolatry” and the folding screen covered in prints of vintage magazine advertisements for Elizabeth Arden — Mrs. Ebersole played the skincare titan in the 2017 Broadway musical “War Paint” — seems perhaps the main attractions. But she seems most fond of the simple wooden desk her parents gave her on her tenth birthday, and a small rocking chair, also from her childhood.

The senior Ebersoles would certainly appreciate their daughter’s embrace of second-hand furniture and accessories. In addition to Ms. O’Donnell’s load, there is an agency of friends in Los Angeles who went back to their native Austria; a spinet from a Maplewood neighbor and co-actor, Eddie Korbich; a wood-and-glass half-timbered closet that Mrs. Ebersole cleaned up at a biannual local event known as “Junk Day”; and a briefcase she saved from a curb on upper Broadway.

Some of the discarded items have quite impressive provenance. A bouquet of silk flowers, a silver tray, a pedestal side table, a piano stool, a few botanical prints in oval frames and four dining room chairs that were part of the set from the 2009 Broadway revival of “Blithe Spirit” are now part of the set chez Ebersole.

“I think they got their money back because the producer told me I could take whatever I wanted, so I just took everything. It was like, ‘Shut the shutters – Ebersole is coming,'” said Ms. Ebersole, who previously freed a few seats from the set of the 2002 Broadway revival of “Dinner at Eight.”

“I’ve got those, and I’ve got Rosie O’Donnell’s, and they became our dining room set,” continued Ms. Ebersole, covering them with a black-and-cream striped fabric to achieve a uniformed look.

Maplewood was a great place for her children to grow up, she said. They could walk to school and out the back door to look for playmates. It has also been a place for Ms. Ebersole to grow up herself. “In LA, I had a different perspective,” she said. “The kind of equipment you had was a measure of your success. We had the Viking stove, the Viking refrigerator. The pool was next, but we ran out of money.”

In a sense, she added, the family had to start over with the move east to less dazzlingly decorated quarters. There is nothing wrong with that. “This house feels — I don’t want to say permanent, because nothing is permanent,” said Ms. Ebersole. “Let’s just say there’s a good chance we’ll get out of here, feet first.”