Why has the US not detected Omicron cases before? 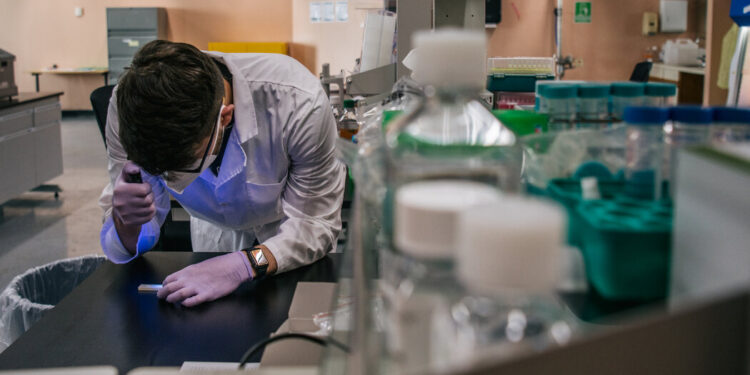 Last Friday, just a day after South African scientists first announced the discovery of the Omicron variant, Europe reported its first case: the new coronavirus variant was located in Belgium. Before the weekend was over, Australia, Britain, Canada, Denmark, Germany, Israel, Italy and other countries had all found cases.

But in the United States, scientists continued to search.

“When we see a variant popping up in multiple countries around the world, my intuition is usually that it’s already there,” said Taj Azarian, a genome epidemiologist at the University of Central Florida.

On Wednesday, US officials announced that scientists had found it – in a patient from California who had recently returned from South Africa. By this time, Canada had already identified six cases; Britain had found more than a dozen.

On Thursday, additional cases were identified in Minnesota, Colorado, New York and Hawaii, and a second case was found in California, indicating that more are almost certainly lurking, scientists said. Why was the variant not discovered earlier?

There are several possible explanations, including travel patterns and strict entry requirements that may have delayed the variant’s introduction in the United States. But there are also blind spots and delays in the country’s genomic surveillance system. Now that many labs are looking specifically for the variant, the detection rate could increase quickly.

Since the start of the pandemic, scientists have sequenced the genetic material of samples of the virus, a process that allows them to spot new mutations and identify specific variants. When done routinely and on a large scale, sequencing also allows researchers and officials to monitor how the virus evolves and spreads.

In the United States, this kind of broad genomic surveillance got off to a very slow start. While Britain quickly took advantage of its national health care system to launch an intensive sequencing program, early sequencing efforts in the United States, mainly based on university labs, were more limited and ad hoc.

Even after the CDC launched a sequencing consortium in May 2020, sequencing efforts were thwarted by a fragmented healthcare system, lack of funding, and other challenges.

In January, as cases increased, the United States is sequencing fewer than 3,000 samples per week, according to the CDC’s dashboard, far less than 1 percent of reported cases. (Experts recommend ranking at least 5 percent of cases.)

But the situation has improved dramatically in recent months, thanks to a combination of new federal leadership, an infusion of funding and growing concerns about the emergence and spread of new variants, experts say.

“Genomic surveillance has really caught up in the US, and it’s very good,” said Dana Crawford, a genetic epidemiologist at Case Western Reserve University.

The country now analyzes about 80,000 virus samples per week and 14 percent of all positive PCR tests, which are conducted in labs and considered the gold standard for detecting the virus, Dr. Rochelle P. Walensky, the director of the Centers for Disease Control and Prevention, said during a White House briefing Tuesday.

The problem is that the process takes time, especially when done in volume. The CDC’s proprietary sequencing process typically takes about 10 days after it receives a sample.

“We have really good surveillance in terms of quantity,” said Trevor Bedford, an expert on viral evolution and surveillance at the Fred Hutchinson Cancer Research Center in Seattle. He added: “But naturally it lags compared to your case report. And so we’ll take a close look at things from two weeks ago.”

This kind of delay is not uncommon in countries where many samples need to be sequenced, said Dr. bedford.

In some states, the timeline is even longer. The Ohio Department of Health notes that, from start to finish, the process of “collecting the sample, testing it, grading it, and reporting it can take a minimum of 3-4 weeks.”

But now that scientists know what they’re looking for, they should be able to speed up the process by prioritizing samples most likely to be Omicron, scientists say.

With any luck, Omicron will generate a different genetic signal on PCR tests than the Delta variant, which is currently responsible for virtually all coronavirus cases in the United States. (Basically, mutations in the spike gene of the new variant mean that Omicron samples test negative for the gene, while testing positive for another telltale gene.)

Many labs are now accelerating these samples, as well as samples from people who have recently returned from abroad, for sequencing.

That may be why the first California case was spotted so quickly. The patient returned from South Africa on November 22 and began to feel ill on November 25. The person tested positive for the virus on Monday, and scientists then determined the virus and announced that they had discovered Omicron two days later.

“The rapid turnaround by the US genomic surveillance system is another example of how much better our system has gotten in recent months,” said Dr. Crawford.

As much as surveillance has improved, there are still gaps that could delay the detection of more cases in the United States, including huge geographic variation.

“Some states are lagging behind,” said Massimo Caputi, a molecular virologist at Florida Atlantic University School of Medicine.

In addition, scientists can only sequence samples from cases that have been detected, and the United States has often struggled to conduct enough tests.

“Testing is the weakest part of our pandemic response,” said Dr. Eric Topol, the founder and director of the Scripps Research Translational Institute in La Jolla, California. “It’s been from day one.”

While testing, like genomic surveillance, has vastly improved since the early days of the pandemic, it’s still very uneven. And while rapid at-home testing has many benefits, the shift of some tests from the lab to the home may present new challenges for surveillance.

“With increasing rapid home diagnostic testing, if that’s not followed by a PCR test, those cases won’t be sequenced,” said Joseph Fauver, a genomic epidemiologist at the University of Nebraska Medical Center. The problem isn’t insurmountable, he added, but “maybe there’s a little blind spot there.”

There are other more optimistic reasons why scientists haven’t discovered more cases, though they remain theoretical.

“Perhaps infected patients have mild symptoms and are therefore not being tested and are not subject to genomic surveillance,” said Janet Robishaw, senior associate dean for research at Florida Atlantic University College of Medicine.

(It’s far too early to know whether Omicron causes disease more or less severe than other variants, scientists point out. Even if cases are disproportionately mild, which isn’t clear yet, it could be because the variant is largely infected young or vaccinated people to date, who are less likely to develop serious disease.)

It’s also possible that there wasn’t much community distribution of the variant in the United States until recently. When the cases are mostly isolated and related to foreign travel, they can fly under surveillance radar.

“We’re kind of like a needle in a haystack looking for some unrelated cases,” said Dr. Azarian.

Although it is not yet clear where Omicron originated, the first outbreaks have been observed in South Africa, where the variant is now widespread.

There are fewer flights between southern Africa and the United States than between that region and Europe, where other early Omicron cases were discovered, said Dr. caputi.

And until early November, the United States had banned international travelers from the European Union and South Africa, he noted. Even when officials lifted the ban, travelers from those locations were still required to provide proof of both vaccination and a recent Covid negative test. These measures may have delayed the arrival of Omicron.

“It is conceivable that the spread of Omicron in the US is lagging behind,” said Dr. Caputi in an email.

Either way, he added, he expected scientists to find more cases soon.