Why storm Eunice is so violent? Reason behind violent wind storms 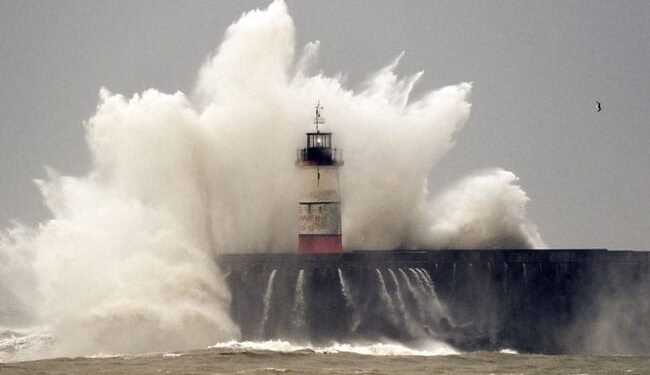 The British Met Office has issued two red weather warnings for high winds in as many months. These are the highest threat levels meteorologists can announce, and they are the first wind-only red warnings since Storm Gertrude of 2016.

So what’s behind the recent spate of dangerous wind storms in the UK? And will these events happen more often in the future? Storm Arwen in late November 2021 wreaked havoc in Scotland, northern England and parts of Wales. Winds of 160 km/h killed three people, tore down trees and left 9,000 people without power for more than a week in freezing temperatures.

The devastation caused by Arwen is still visible in some areas, and the clean-up of Storm Dudley – which ravaged eastern England on Wednesday 16 February – is underway at the time of writing.

Now the UK is facing Storm Eunice and its wind gusts of up to 122 miles per hour. Eunice bears a striking resemblance to the “Great Storm” of 1987, which unleashed hurricane winds in October of that year and claimed 22 lives in Britain and France.

Both are predicted to contain a “sting jet” – a small, narrow stream of air that can form in a storm and produce intense winds over an area smaller than 100 km. 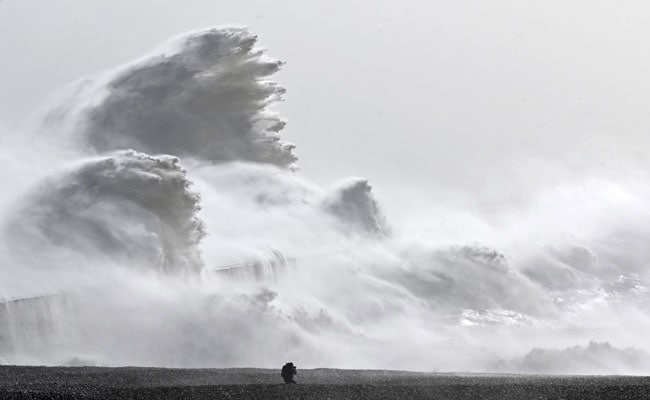 Sting jets, which were first discovered in 2003 and likely occurred during the Great Storm and Storm Arwen, can last anywhere from one to 12 hours. They are difficult to predict and relatively rare, but make storms more dangerous.

Sting jets occur in a certain type of extratropical cyclone — a rotating wind system that forms outside the tropics.

These air currents form about 3 miles (5 km) above the Earth’s surface and then descend on the southwest side of a cyclone, close to the center, accelerating while bringing in fast-moving air from high in the atmosphere.

When they form, they can produce much higher wind speeds on the ground than would otherwise be predicted by studying pressure gradients at the storm’s core alone.

Meteorologists are still working to understand sting jets, but they are likely to have a significant impact on UK weather in a warming climate. 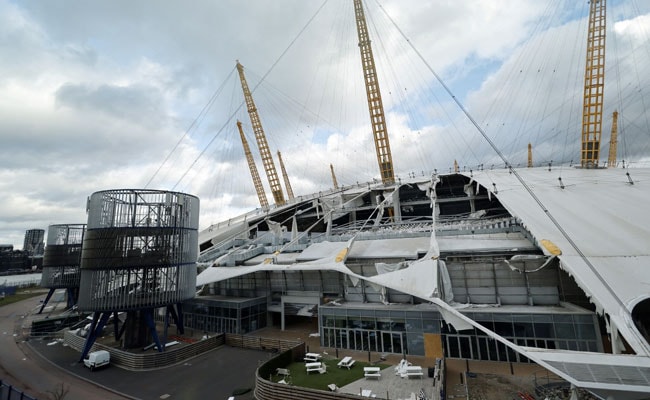 Wind-damaged parts of the roof of the O2 Arena, formerly the Millennium Dome, are pictured in London

In 1987, the models used for weather forecasting were unable to show sting jets, but improvements mean forecasters predicted Storm Eunice before it even started forming in the Atlantic Ocean.

Over the past ten years, our team at Newcastle University has worked closely with colleagues from the UK Met Office to develop new high-resolution climate models that can simulate sting jets, as well as hail and lightning, to illuminate how extreme weather events can turn into a warming climate.

We already know that as the world warms, the downpours become more intense. The simple reason is that warmer air can hold more moisture. The UK experienced its wettest day on record in 2020, already 2.5 times more likely due to greenhouse gas emissions.

We are less sure about how the pattern of extreme wind storms like Eunice will change, because the relevant processes are much more complicated.

The recent cluster of winter wind storms in the UK is linked to a particularly strong polar vortex causing low pressure in the Arctic, and a faster jet stream — a core of very strong winds high in the atmosphere that can extend across the Atlantic — which is more stormy. and very wet weather to the UK.

A stronger jet stream makes storms more powerful, and its orientation roughly determines the storm’s track and where it affects.

Some aspects of climate change amplify the jet stream, leading to more UK wind storms. Other aspects, such as the higher rate of warming above the poles compared to the equator, could weaken this and the westerly wind flow to the UK.

Our high-resolution models predict more intense wind storms over the UK as climate change accelerates, with much of this increase coming from storms developing sting jets. 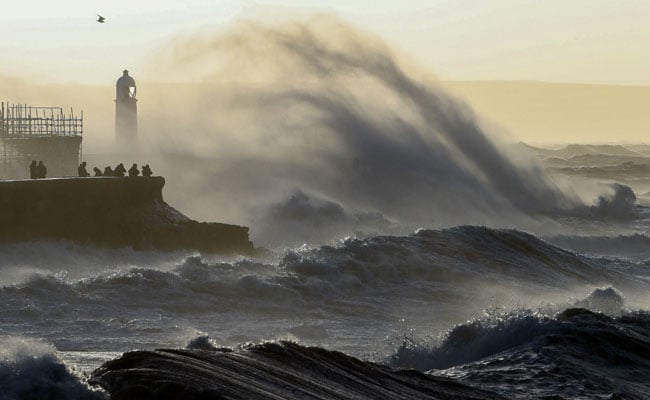 Projections from global climate models are uncertain and suggest only a small increase in the number of extreme cyclones. But these models don’t represent sting jets and only simulate the processes that cause storms to form. As a result, these models likely underestimate future changes in storm intensity.

We think that using high-resolution climate models, which can represent key processes such as sting jets, alongside information from global models about how large-scale conditions might change, could provide a more accurate picture. But the UK is not doing enough to prepare for the increasingly extreme weather already predicted.

Humanity has a choice of how much warmer the world gets based on how quickly we reduce greenhouse gas emissions.

While more research will confirm whether more extreme wind storms will hit the UK in the future, we’re confident winter storms will bring stronger downpours and more rain and flooding when they do occur.