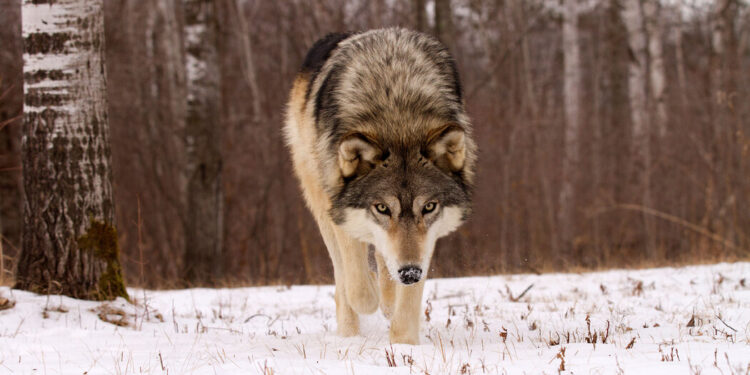 Gray wolves will regain federal protection in 44 of the lower 48 states, following a Thursday court ruling overturning a Trump administration decision to remove the animals from the endangered species list.

Senior District Judge Jeffrey S. White of the U.S. District Court for the Northern District of California found that by declaring wolf conservation a success and removing the species from federal protection, the Fish and Wildlife Service did not sufficiently consider threats to wolves outside the Great Lakes and northern Rocky Mountains, where they have recovered most strongly.

“Wolves need federal protection, period,” said Kristen Boyles, an attorney at Earthjustice, a nonprofit environmental law organization that has led the legal battle. “The Fish and Wildlife Service should be ashamed of defending the removal of the gray wolf.”

A spokeswoman for the Fish and Wildlife Service said the agency was reviewing the decision.

Wolves in Wyoming, Montana and Idaho will remain unprotected because they were delisted by Congress in 2009. Wolves in New Mexico are considered a separate population from the gray wolves that returned to protection on Thursday.

Since federal protection for wolves ended, wolf hunting has increased dramatically in certain states. The Trump administration’s decision to remove the list came despite concerns from some scientists who have conducted the independent assessment needed before the Fish and Wildlife Service can remove a species from federal protection.

Wolves were among the first animals to be protected under the Endangered Species Act of 1973.

Before the arrival of Europeans, they flourished from coast to coast in North America, living in forests, prairies, mountains and wetlands. Two centuries of extermination campaigns drove them to near disappearance. By the mid-20th century, there were perhaps 1,000 left in the lower 48 states, mostly in northern Minnesota.

Wolves numbers began to bounce back after being placed under federal protection in the 1960s. In the mid-1990s, the Fish and Wildlife Service took a bold new step by moving 31 wolves from Canada to Yellowstone National Park. They multiplied rapidly, and by 2020, about 6,000 wolves were spreading across the western Great Lakes and northern Rocky Mountains, with small numbers spreading to Oregon, Washington and California.