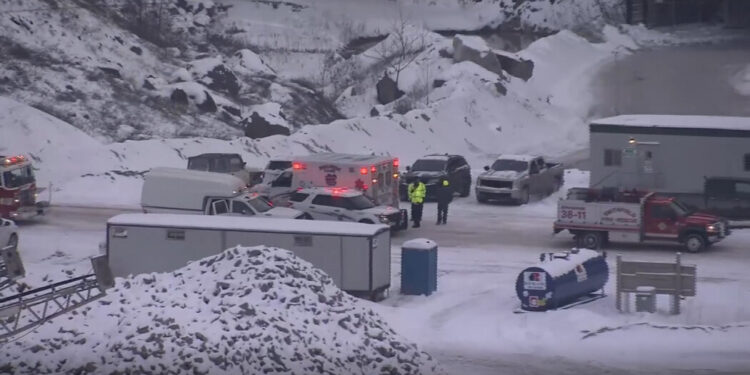 A worker was fatally injured Friday afternoon in a mine collapse in Fayette County, Pennsylvania, the Pennsylvania Department of Environmental Protection said in a statement.

The department said it suspected part of the mine’s roof had fallen on equipment the miner was working with. The agency declined to identify the miner, but said the person’s family and next of kin had been notified.

No one else was caught under the collapse, Lauren Fraley, a department spokeswoman, said Saturday.

On Friday afternoon, the Department of Environmental Protection received a report of a roof collapse and a trapped miner at Laurel Aggregates’ Lake Lynn Quarry in Springhill Township, on the Pennsylvania-West Virginia border, according to the statement. A rescue team from the department’s Bureau of Mine Safety responded to the accident.

Laurel Aggregates crews and the rescue team worked for hours to remove loose rocks to reach the equipment and move it “under a solid, supported section of the roof to eventually free the individual,” the statement said. During the rescue, the miner was unresponsive and crews were unable to assess the person’s condition.

At 11:03 p.m., the person was removed from the mine by the Smithfield Volunteer Fire Department and the mine rescue team. The miner was pronounced dead at the scene.

The collapse will be investigated by the department and the federal Mine Safety and Health Administration, which describe the material mined at the quarry as “fractured fractured limestone.”

“DEP will issue a preliminary action report with general findings and a final report with full determination of the cause and possible corrective actions required from the mine operator to ensure that this kind of situation does not happen again,” the agency said.

According to data from the Mine Safety and Health Administration, a division of the United States Department of Labor, thousands of miners died in fatal accidents every year during the peak of coal mining in the United States. Mining accidents have declined exponentially, with only five mining deaths in 2020.

The last time the roof of a mine in Pennsylvania collapsed was last May, when a mine operator “exceeded the maximum cutting depth” in the mine, causing the roof to fall. The operator was killed in the accident.