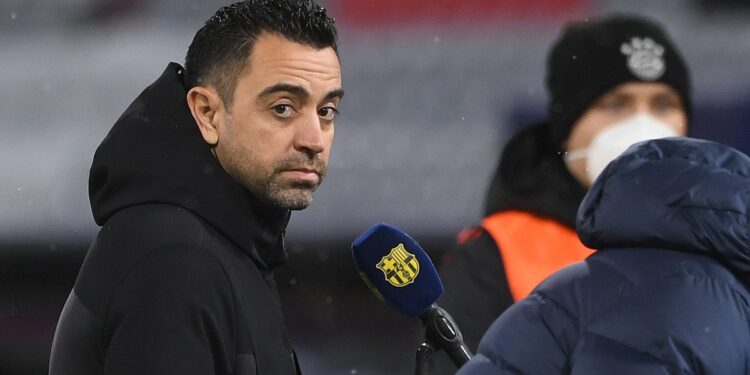 Barcelona coach Xavi Hernandez said on Saturday the club would not soften their stance on Ousmane Dembele’s contract situation, despite the Frenchman’s angry response on social media on Thursday. Dembele wrote that he did not “suck in to blackmail” after Xavi dropped him from his squad on Thursday night to face Athletic Bilbao in the Copa del Rey following a failure in new deal negotiations. The winger’s contract expires in the summer, when he can leave Barcelona for free.

The club’s football director, Mateu Alemany, said on Thursday morning “it seems clear to us that the player does not want to continue at Barcelona” and “so we hope a transfer will take place before January 31”.

“Dembele’s situation has not changed. He knows what the options are and he has to make a decision,” Xavi said at a press conference ahead of Sunday’s game against Alaves.

“There is no alternative. There are still days left (in the transfer window),” added Xavi.

It remains to be seen whether Barcelona can find a mid-season exit for Dembele, either on payment or on loan. Shifting the 24-year-old’s pay would help free up space for signings.

“We are working to bring in players. We will see what we can do,” said Xavi.

With Dembele banned, Barcelona could have done without Ansu Fati who suffered a hamstring injury against Athletic on Thursday, with reports suggesting the 19-year-old could be out for two months.

Fati has only just returned from two months of injury, having returned in September after a 10-month absence with a knee problem.

Club doctors advised Fati to play only 30 to 35 minutes against Athletic, but the striker came on in the 61st minute and stayed for extra time.

“The extra time messed up our plans,” said Xavi. “We will try to make a very specific plan so that he does not get injured again.”