Xiaomi 11i HyperCharge teased to get two color options 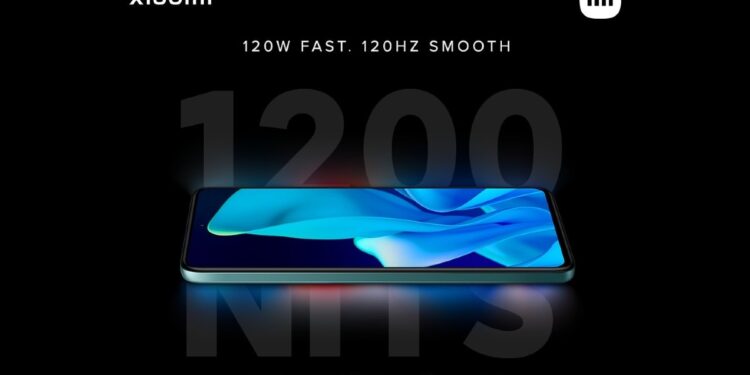 Through a couple of tweets, Xiaomi Global Vice President Manu Kumar Jain teased the color options for Xiaomi 11i HyperCharge. The upcoming smartphone will come in two colors: Pacific Pearl and Stealth Black. One of the tweets shows only the first one and has a metallic gradient finish that starts with a blue color at the top and transitions into peachy shades. The other tweet shows the Stealth Black color option. Both colorways are listed on a dedicated microsite set up for Xiaomi 11i HyperCharge.

The images on the microsite also tease the back panel design of the Xiaomi 11i HyperCharge. It looks similar to Redmi Note 11 Pro+ – confirming an earlier report – which was launched in China earlier this year. Furthermore, the microsite also mentions that it will reveal more information about the smartphone in the coming days.

Furthermore, the microsite also mentions that Xiaomi 11i HyperCharge will have an AMOLED display with a refresh rate of 120 Hz and will offer 1200 nits of peak brightness. The smartphone will also support Dolby Atmos. As already known, Xiaomi has added support for 120W fast charging, which is said to fully charge the smartphone’s built-in battery in about 15 minutes.