Xiaomi 12 price, specs and renders have been leaked 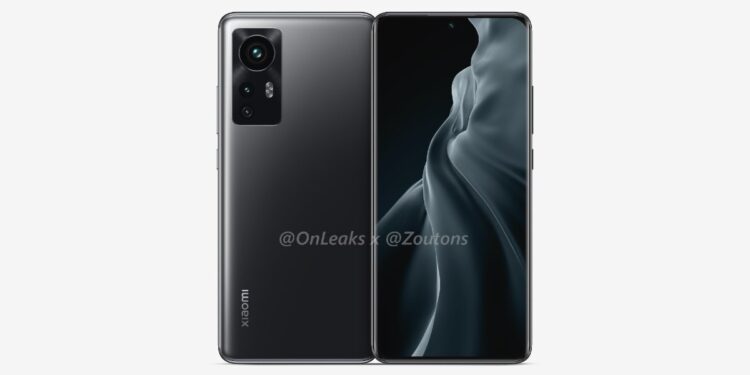 Xiaomi 12 is expected to be unveiled soon as the company’s next flagship smartphone. The series is believed to include Xiaomi 12, Xiaomi 12X, Xiaomi 12 Pro and Xiaomi 12 Ultra. There is no official word from the Chinese tech giant about the Xioami 12 series. However, a recent leak has claimed that it has revealed several key specs of the base Xiaomi 12 handset. The leak is accompanied by a series of renders that are said to show various design aspects of this upcoming smartphone.

The latest Xiaomi 12 leak comes from OnLeaks and Zoutons. The images show the handset with a triple rear camera, which is expected to have a 50 megapixel primary sensor along with a dual LED flash. The phone is also said to be equipped with a center-aligned selfie camera with perforations. The vanilla Xiaomi 12 is tipped to have a curved screen that offers a full-HD+ (1,920×1,080 pixels) resolution. In addition, the screen would have a built-in fingerprint sensor. The device is said to measure 152.7 x 70.0 x 8.6mm, excluding the camera bump on the back.

Xiaomi 12 Standard Edition was previously spotted on the China Compulsory Certification (3C) website. According to the listing, it is expected to offer 67W fast charging. The new leak suggests that the Xiaomi 12 base phone will pack a 5,000mAh battery. The handset is tipped to come with USB Type-C fast charging and wireless charging. It is rumored to be powered by Qualcomm Snapdragon 8 Gen 1 SoC with 8 GB of RAM. This 5G-enabled smartphone is said to have Bluetooth v5.2 connectivity along with dual SIM support.

The base Xiaomi 12 smartphone costs Rs. 69,990 at launch, same as Xiaomi 11 Ultra launched in March this year.