Your body’s thirst messenger is in an unexpected place 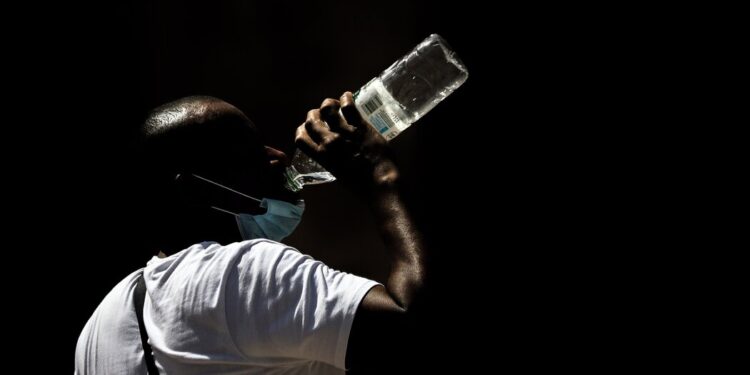 Few pleasures compare to a long cool drink on a hot day. As a glass of water or other tasty drink makes its way into your digestive tract, your brain tracks it — but how? Scientists have known for some time that thirst is controlled by neurons that send a warning to put down the glass when the right amount has been swallowed. However, what exactly tells them it’s time is still a bit mysterious.

In a previous study, a team of researchers found that swallowing a liquid — basically anything from water to oil — is enough to cause a temporary cessation of thirst. But they knew that swallowing wasn’t the only source of satisfaction. There were signals that stopped thirst coming from deeper inside the body.

In a paper published Wednesday in Nature, scientists at the same lab report that they tracked the signals down the neck, through one of the body’s main nerves, into the gut, and finally to an unexpected place for this trigger: a set. of small veins in the liver.

The motion of swallowing can be a quick way for the body to control fluid intake. But whatever you’ve ingested, it will quickly make its way into the stomach and intestines, and then its identity will become apparent to your body as something that can meet the body’s need for hydration, or not. Water changes the concentration of nutrients in your blood, and researchers believe this is the trigger for true satiety.

“There’s a mechanism that makes you drink water and not something else,” said Yuki Oka, a Caltech professor and author of both studies. To find out where the body senses changes in the concentration of your blood, Dr. Oka and his colleagues first ran water into the gut of mice and looked at the behavior of nerves connecting the brain to the gut area, which are believed to work the same way in humans. An important nerve, the vagus nerve, fired closest to time with the arrival of the water in the gut, suggesting this is the route the information takes on its way to the brain.

Then the researchers went one by one and cut each of the nerve connections to different regions in the gut. To their surprise, nothing changed when they cut contact with the intestines.

Instead, it was the liver’s portal veins — blood vessels that carry that blood from around the gut to the filtering organ — whose isolation silenced messages to the brain.

These veins bring nutrients and fluid to the liver, so it’s likely they could be a thirst control center, said Dr. ok. However, the team found that just flowing water through the portal veins wasn’t enough to give them the guts to fire. Something about the arrival of the water was to activate another part of the Rube Goldberg body hydration machine.

The researchers narrowed it down to a hormone called vasoactive intestinal peptide, or VIP. When water reaches the portal veins, the VIP levels go up, and it is VIP, rather than the water itself, that causes the vagus to fire, alerting the brain.

As intriguing as that is, the scientists don’t know how the water is causing this rise. They hope to continue to monitor the signals and identify exactly which cells and molecules connect these modest veins and the peptide with the large acronym.

“That’s the most important thing we can do right now,” said Dr. ok.

And there is probably more to learn. While VIP causes the vagus nerve to sound, the signal isn’t as strong as the researchers would expect if it worked alone. Water is so important to the functioning of the body that Dr. Oka and his team think our brains probably have multiple, redundant ways of controlling it. With every glass of water you drink, you put that system to the test.