Zendaya sure knows how to raise the temperature, see pictures 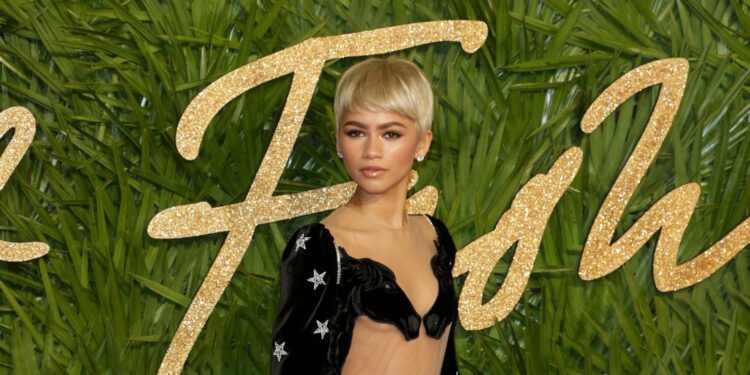 Marvel fans will have to wait for the release of the upcoming movie Spider-Man: No Way Home starring Tom Holland and Zendaya. However, one thing more exciting than watching the superhero movie is Zendaya’s red carpet look. The 25-year-old actress understands the job when it comes to incorporating Easter eggs into her red carpet looks.

For her recent red carpet look at the film’s London premiere, Zendaya chose to wear British designer Alexander McQueen’s creation. The Emmy-winning actress was styled by her favorite stylist and collaborator Law Roach. Her ensemble paid tribute to the Spider-Man franchise with embroidered crystal raindrops that resembled webbing over her double-breasted blazer and thigh-high boots. Zendaya chose a pair of cobweb-patterned diamond earrings with a spider and pearl pendant.

This isn’t the first time Zendaya’s red carpet look has referenced the Spider-Man characters and paid tribute to the multiverse as mentioned in the movie trailer. Earlier in November, the actress wore a vintage Roberto Cavalli dress at the 2021 Ballon d’Or ceremony in Paris. Zendaya’s dress had a gold spine ornament down the back.

Shortly after her first performance, Zendaya compared her dress to Doctor Octopus. The actress shared a photo of her red carpet look alongside Dr Octopus on Instagram Story, writing, “We love a reference.”

Tom and Zendaya, who are also dating in real life, were recently featured on British chat show The Graham Norton Show. During her performance for the TV talk show, Zendaya was seen in a green pantsuit that she paired with a purple shirt underneath.

Savvy Spider-Man fans pointed out that the actress’s outfit was a tribute to another villain from the movie, the Green Goblin.