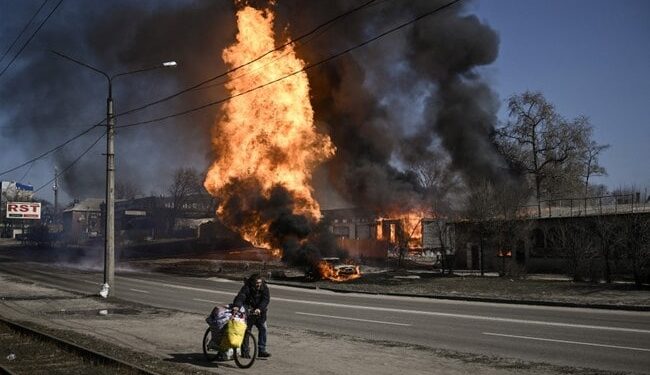 War in Ukraine: Thousands have died and more than 13 million have been forced to flee their homes.

At least 20 civilians, including several children, were able to leave a badly damaged steel factory in the Ukrainian port city of Mariupol on Saturday in what could be the start of a much-anticipated, larger evacuation of the latest holdout in the Russian-occupied territory. city.

Ukrainian fighters from the Azov regiment, which defends the site, said the 20 civilians had left, possibly for the Ukrainian city of Zaporizhzhya, about 225 kilometers (140 miles) to the northwest.

The Russian news agency Tass released a similar report, but estimated the number of evacuees at 25.

A United Nations-planned evacuation was in the works, although it was unclear whether Saturday’s evacuation was being UN-led and whether further evacuations were imminent. There were no immediate details about the condition of the evacuees.

But the fact that the evacuation happened at all was significant. Conditions in a huge network of tunnels under the Azovstal steel mill – where hundreds of civilians are reportedly still sheltering, along with Ukrainian fighters – are said to have been brutal, and previous attempts at evacuation had been futile.

The apparent ceasefire in Mariupol came as Russian attacks continued unabated across Ukraine, mostly in the hotly contested eastern regions, but with attacks as far west as Odessa, on the Black Sea coast.

Odessa regional governor Maxim Marchenko said a Russian missile strike had destroyed the airport’s runway as Russia continues to target infrastructure and supply lines deep in the west of the country.

There were no victims of the airport strike near the historic city of one million inhabitants.

Near Bucha, the town near Kiev that has become synonymous with allegations of Russian war crimes, Ukrainian police said on Saturday they found three bodies shot in the head with their hands tied.

The three bodies found in a pit were “brutally killed” by Russian soldiers — each shot in the head, police said in a statement.

“The victims’ hands were tied, cloths covered their eyes and some were gagged. There are traces of torture on the corpses,” it said.

Russian forces also continued their relentless shelling in the east of the country on Saturday, killing at least one person and injuring 12 others.

In Mariupol, the Azov regiment said on Saturday it had cleared the debris from the nighttime shelling by Russia to rescue trapped civilians.

From the heavily damaged port area of ​​Mariupol, AFP heard heavy shelling from Azovstal on Friday during a media trip organized by the Russian army, with explosions only seconds apart.

“Twenty civilians, women and children … have been transferred to a suitable place and we hope that they will be evacuated to Zaporizhzhya, in territory controlled by Ukraine,” said Sviatoslav Palamar, deputy commander of the Azov regiment.

But Denis Pushilin, leader of the breakaway eastern region of Donetsk, accused the Ukrainian armed forces of “acting like outright terrorists” and holding civilians hostage at the steel plant.

On the frontline to the east, Russian forces have made slow but steady progress in some areas — aided by massive use of artillery — but Ukrainian forces have also recaptured some territory in recent days, most notably around the city of Kharkov.

One of the areas taken back under Russian control was the village of Ruska Lozova, which evacuees say had been occupied for two months.

“It was two months of terrible fear. Nothing else, a terrible and relentless fear,” Natalia, a 28-year-old evacuee from Ruska Lozova, told AFP after reaching Kharkov.

“We were in the cellars for two months without food, we ate what we had,” said Svyatoslav, 40, who declined to give his full name, his eyes red with fatigue.

Thousands of people have been killed and more than 13 million have been forced to flee their homes since the Russian invasion of its pro-Western neighbor began on Feb. 24, the United Nations said.

Pentagon spokesman John Kirby was short of emotion on Friday as he described the destruction in Ukraine and accused Russian President Vladimir Putin of “depravity”.

Ukrainian prosecutors say they have tracked down more than 8,000 war crimes committed by Russian troops and are investigating 10 Russian soldiers for suspected atrocities in Bucha.

Russia has denied any involvement in civilian deaths in Bucha.

But Russian officials confirmed on Friday that their troops launched an airstrike on Kiev the day before during a visit by UN chief Antonio Guterres, the first strike on the capital in nearly two weeks. A journalist was killed in the attack.

Ukrainian Deputy Prime Minister Iryna Vereshchuk, meanwhile, reported that 14 Ukrainians, including a pregnant soldier, had been released in the latest prisoner exchange with Russian troops.

She did not say how many Russians have been returned.

Kiev has admitted that Russian troops have taken a series of villages in the Donbas region.

“Even if some progress has been made by Russian troops on the ground, it is not going very fast,” Russian military expert Alexander Khramchikhin told AFP.

More Western weapons are expected to arrive in Ukraine, and US President Joe Biden on Thursday asked for billions of dollars from Congress to increase supplies.

Russia’s defense ministry has said in recent days that its forces have attacked Ukrainian military sites housing Western-supplied weapons and ammunition, a claim denied by a senior NATO official.

“If the US and NATO are really interested in solving the Ukraine crisis, then first of all they should wake up and stop supplying arms and ammunition to the Kiev regime,” Lavrov said.

And as Sweden pondered a bid for NATO membership, defense officials there said on Saturday that a Russian reconnaissance plane had briefly violated the northern country’s airspace the day before. 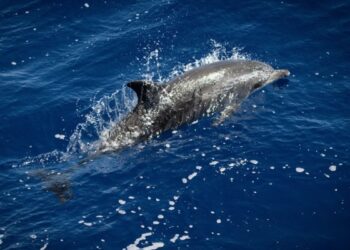