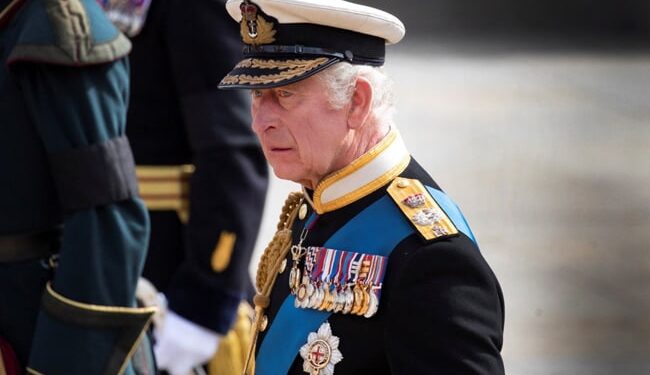 British police have arrested a 20-year-old man on suspicion of assault. (File)

British police said they had arrested a 20-year-old man on suspicion of common assault after an egg was reportedly thrown at King Charles III during a walk on Tuesday.

The arrest in Luton, north of London, came less than a month after the monarch narrowly avoided being hit by eggs lobbed in his direction during a visit to York in northern England.

King Charles, 74, was in Luton to meet with community leaders and voluntary organizations, open a new Sikh temple and visit a new public transport system.

Bedfordshire Police said the arrested man was held outside Luton Town Hall and taken for questioning.

In York on November 9, eggs were thrown at Charles and Queen Consort Camilla by a man who was heard shouting “this country was built on the blood of slaves” and “not my king”.

The suspect was later released on bail.

King Charles at the death of his mother, Queen Elizabeth II, in September. She was buried after a state funeral and 10 days of national mourning.

But there were some protests against the hereditary principle of monarchy, in which King Charles took over as head of state.

Buckingham Palace faced fresh accusations of racism last week after a senior courtier resigned for repeatedly asking a black British charity worker where she was “really” from.

Viral: Devotee gets trapped under elephant statue in Gujarat temple