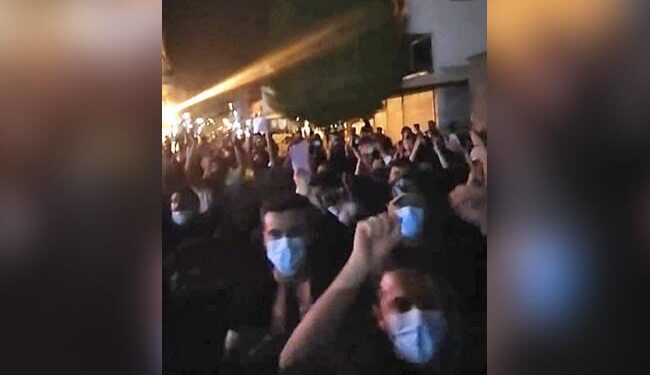 Iranian protesters chant slogans during a demonstration in Iran. (File)

Authorities in a province in northern Iran have arrested 450 people during more than 10 days of protests following the death of a young Kurdish woman in custody, state media reported Monday.

Hundreds of protesters, reformist activists and journalists have been arrested in mostly nighttime demonstrations across the country since the first riots broke out following the announcement of the death of Mahsa Amini on September 16.

“During the troubles of recent days, 450 rioters have been arrested in Mazandaran,” the northern province’s chief prosecutor, Mohammad Karimi, told the official IRNA news agency.

They “attacked government buildings and damaged public properties in several parts of Mazandaran,” he added.

On Saturday, authorities in neighboring Guilan province announced the arrest of 739 people, including 60 women.

The head of Iran’s judiciary, Gholamhossein Mohseni Ejei, on Sunday stressed “the need for decisive action without leniency” against the main instigators of the “riots,” according to the judiciary’s Mizan Online website.

According to an official toll, at least 41 people have died since the unrest, mostly protesters, but also members of the Islamic republic’s security forces.

Security forces have released these images of “main instigators”, Tasnim reported, asking residents to “identify them and inform authorities”.