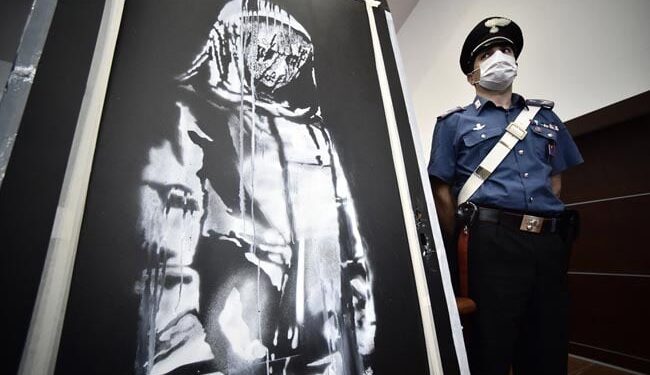 Four suspects, aged between 31 and 58, are charged with transporting the stolen artwork.

Eight men are on trial in Paris on Wednesday on charges of stealing an artwork by Banksy, painted on the door of the Bataclan concert hall honoring 90 people killed in the 2015 terror attacks.

The seven French defendants and an Italian are suspected of removing the metal door from the building before dawn in January 2019 and transporting it to Italy.

It was decorated with the stencil of a mournful young woman by the anonymous British street artist in 2018, giving it an estimated value of up to one million euros ($1.1 million).

A white van with hidden number plates stopped in an alley along the Bataclan in central Paris on January 26.

Many concertgoers fled the same alleyway after the Bataclan became the focal point of France’s worst-ever attacks since World War II, when jihadists from the Islamic State group killed 130 people in November 2015 at a series of locations in the capital.

Three of those on trial, in their thirties, confessed to the theft when they were arrested, although two said they were only carrying out the orders of the third, Mehdi Meftah.

Meftah, 41, who founded a luxury brand of T-shirts with 18-karat gold bars after claiming to have won $7.5 million in the lottery, told police that his friend Kevin G., who was also on trial, gave him the Banksy unannounced handed over. †

This version was confirmed by Kevin, but disputed by other defendants.

Four suspects, aged between 31 and 58, are charged with transporting the stolen artwork.

On the morning of the theft, three masked men climbed out of the van, cut the hinges with generator-powered angle grinders and took off within 10 minutes, in what an investigating judge called a “carefully prepared” robbery.

A break-in to a generator and angle grinders at a DIY store in the southeastern region of Isere 12 days earlier set police on the trail of three of the suspects, who were recorded speaking about the art theft when their phones were tapped .

Phone records showed the men were in Paris on the night of the robbery.

Researchers have compiled the route of the door through France and Italy, where it was found in June 2020 on a farm in Sant’Omero, near the Adriatic coast.

“The symbolism (of the theft) is what it is, and no one is trying to downplay it,” said Margaux Durand-Poincloux, one of the defense attorneys.

“But in my client’s case, it remains a major theft where he has not determined the target,” she added.

In a separate lawsuit, the city-owned concert hall operator is fighting the return of the Banksy-decorated door to the building’s owners.

Works by the street artist, often with a political message, have fetched millions of dollars at auction.

The lone surviving attacker, Salah Abdeslam, faces a life sentence in a marathon trial, which kicked off in Paris last September, with prosecutors set to file final arguments and sentencing requests this week. 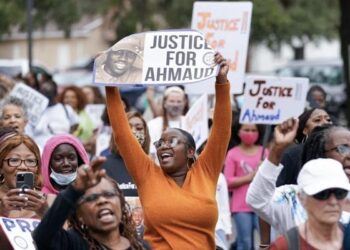