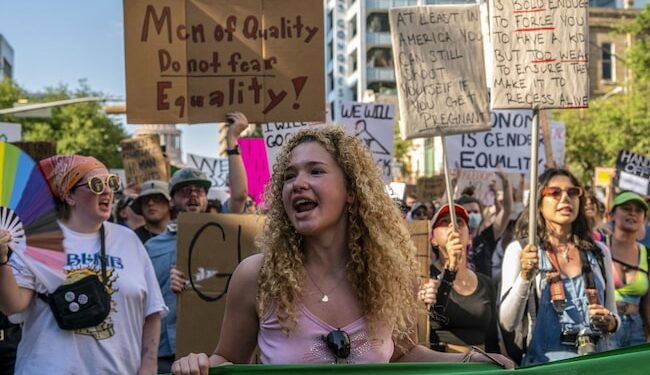 Abortion pills already account for half of all abortions performed in the United States. (File)

As conservative US states rush to issue abortion bans following the Supreme Court’s bombing decision, the struggle for reproductive rights in America is about to shift to a new battleground: abortion-inducing pills.

With few other resources at its disposal, the Biden administration will focus on expanding access to abortion pills for women living in states where the procedure is banned or restricted — while those states and powerful conservative groups are sure to face legal challenges to prohibit its use.

“I will do everything in my power to protect a woman’s rights in states where they will suffer the consequences of today’s decision,” he said in a televised address to the nation.

The pills, which can be used to terminate a pregnancy up to 10 weeks gestational age without appreciable risk, already account for half of all abortions performed in the United States.

Demand is expected to soar further after 11 states, mostly in the Republican-led conservative South, move to severely restrict or ban abortion, with others to follow.

As early as Saturday, some activists gathered in front of the Supreme Court in the US capital, Washington, held up posters instructing women on where to get abortion pills, while others chanted “My body, my choice.”

Rebecca Gomperts, a Dutch doctor who runs Aid Access, an Austria-based organization that distributes abortion pills over the Internet, is convinced that the situation American women face today is not as tragic as it was 50 years ago, before the landmark Roe vs. Wade ruling of 1973 that enshrined abortion rights in America.

“The abortion pills are unstoppable,” Gomperts told AFP in a telephone interview. “So there is always access to a safe abortion if a woman has an unwanted pregnancy.”

But after Friday’s ruling, that may be easier said than done.

The Food and Drug Administration, the US health regulator, approved the use of abortion pills two decades ago and last year allowed them to be prescribed via telemedicine and delivered by mail.

But its use in anti-abortion states remains a legal gray area and is likely to become a frontline in future reproductive rights lawsuits.

According to the Guttmacher Institute, a research group that supports access to abortion, 19 US states require abortion pills to be physically administered by a doctor, banning mail delivery.

And in states that ban all methods of abortion, women may be banned from making health appointments by phone with out-of-state doctors or foreign clinicians, such as the Gomperts group.

In this case, they may need to travel to a state that allows reproductive telehealth appointments and have the medication delivered to an out-of-state address.

But there is another complication.

A drug abortion requires two drugs: first, a dose of mifepristone is taken to block the hormones that support a pregnancy; then, 24 to 48 hours later, misoprostol is taken to induce labor.

That begs the question: Can a woman from an anti-abortion state be prosecuted if she gets the first dose elsewhere, but takes the second dose after returning home?

As liberal states take action to allow abortions for women from other parts of the country, there are fears that conservative states may want to prosecute health professionals and advocacy groups involved in those efforts, and even the patients themselves.

Ahead of such plans, Biden’s Attorney General Merrick Garland warned on Friday that states cannot ban abortion pills authorized by the federal regulator “based on disagreement with the FDA’s expert judgment on their safety and efficacy,” as federal law takes precedence. has on state law.

As this legal battle prepares to play out, anti-abortion lawyer Savannah Craven said she and her colleagues will work to ban all methods of abortion, including pills, in the United States.

“I believe in the sanctity and dignity of human life. Life begins in the womb, life begins at conception,” she said.

But the feud came to nothing with Elizabeth Kellogg and her husband Dan Reitz, who showed up with their eight-month-old daughter Lorelei to protest outside the Supreme Court.

“Very little is done to uphold the sanctity of life in the way it is proclaimed.” 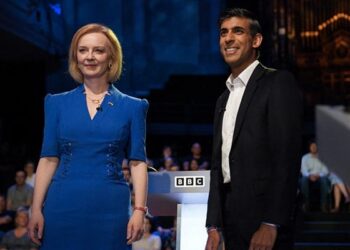 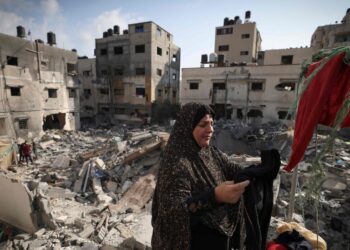 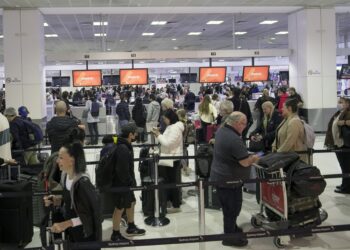 This Airline Is Asking Executives To Fill Out As Baggage Handlers