Gambia says it will prosecute former president for murder 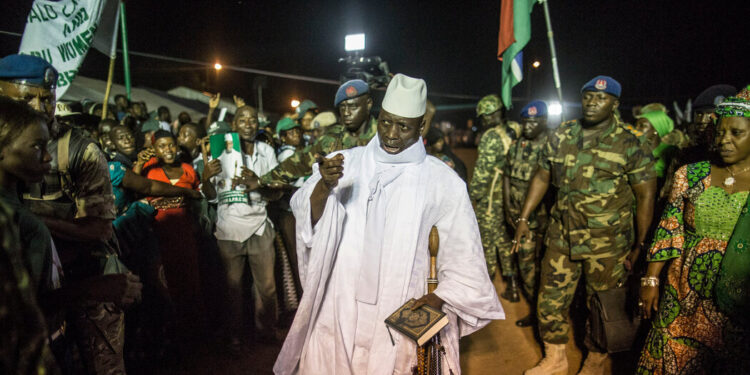 BANJUL, The Gambia – Many of the Gambian citizens who have testified in recent years that their former president was responsible for a wide range of atrocities never imagined they would ever see him appear in court.

But that prospect became more real on Wednesday, after the current government said it plans to prosecute Yahya Jammeh, who for 22 years ruled and often terrorized the citizens of his small nation on the coast of West Africa.

The Truth, Reconciliation and Restoration Commission, established to expose human rights violations, streamed victims’ testimonies and the confessions of alleged perpetrators live in the living rooms of the country from 2018 to 2021.

“It’s a huge relief from my shoulders,” Ms Jallow said in an interview about the government’s decision on Wednesday. “At some point we lost hope.”

But finally getting to this point, she said, “It’s very empowering for a lot of victims.”

In a televised address, Justice Secretary Dawda Jallow presented the government’s response to the truth commission and accepted its recommendations, including the prosecution of the former president.

“President Jammeh will be tried for the atrocities he committed in this country,” said Mr. Jallow.

But while some victims and civil society leaders welcomed it as a huge step, others expressed doubts that the government would follow up on its words with concrete action.

“I think Adama Barrow and his administration realize they have no choice but to accept these recommendations,” said Nana-Jo Ndow, founder of the African Network against Extrajudicial Killings and Enforced Disappearances. But, she added, “whether they prosecute or not is another question.”

The Truth Commission documented 122 cases of torture, more than 230 people killed and many raped by Mr Jammeh’s agents, most on orders from the former president. mr. Jammeh jailed his critics, labeled civilians as witches and forced people with AIDS to trade their drugs for fake herbal treatments he invented, according to human rights defenders.

After losing an election and trying to hold on to power, Jammeh eventually went into exile in 2017. A new coalition government and its new president, a former real estate agent named Adama Barrow, were greeted as heroes.

But politics soon took precedence over justice. Last year, with another election approaching, President Barrow turned to his predecessor, Mr Jammeh, for support. Mr Jammeh lives in exile in Equatorial Guinea but, despite a split in his party, still enjoys significant support in the Gambia, particularly in his home region of Foni, where his group won all five parliamentary seats in last year’s elections.

Some victims said that Mr. Barrow couldn’t take it seriously for Mr. Jammeh while simultaneously seeking his political support.

mr. Barrow managed to get the support of some of Mr. Jammeh’s former party, and it was enough to make Mr. Barrow back to power. But Mr. Jammeh himself refused to support Mr. Barrow – at one point he even referred to him as a “donkey.” By rejecting Mr. Barrow, Mr. Jammeh made it politically feasible for the current president to continue the prosecution of his predecessor, analysts said.

‘What actually saved us,’ said Mrs. Ndow, ‘is the madness of Yahya Jammeh. His madness actually came in handy this time, because he shot himself in the foot.”

The father of Mrs. Ndow has forcibly disappeared under the direct orders of Mr. Jammeh and is believed to have been murdered. Together with many other victims, she turned a personal drama into a persistent campaign to hold perpetrators to account.

But, she said, every step has been a battle, with the government failing to investigate what appeared to be clear cases of abuse, and allowing known murderers to continue serving in the armed forces and releasing them from custody in the close-knit Gambian society. Sometimes they encountered relatives of their victims.

And even after the Barrow-Jammeh alliance failed to materialize, Mr. Barrow two of his predecessor’s senior officials as speaker and deputy speaker of the House of Representatives of The Gambia.

Madi Jobarteh, a Gambian human rights activist who was recently the subject of a personal attack by President Barrow, said the government’s response on Wednesday, coincidentally the 57th birthday of Mr Jammeh, was generally encouraging.

“It appears the government has now gathered courage,” and has begun to address judicial issues, he said, after a “disappointing start over the years”.

And Fatou Baldeh, who wrote a report documenting sexual violence during the Jammeh era, said the official statement “lays the groundwork for justice and reparations.”

But the government has not specified how it will pursue any prosecutions, or when.

Several leading figures in Mr Jammeh’s government requested an amnesty, but were denied it. A recommendation from the Truth Commission was not accepted: the head of the National Intelligence Agency, which, after Mr Barrow became president, had been refurbishing the cells where torture victims were held, was dismissed from office, revealing vital evidence such as graffiti and bloodstains. was destroyed. He stays in place.

It was clear to Mrs. Ndow that although the struggle had been long, it must be continued.

“It took five years of barking, but you are clearly listening,” she said, referring to the government. “And we’re not going anywhere.”

“Hopefully other Gambians don’t have to go through what I went through,” she added. 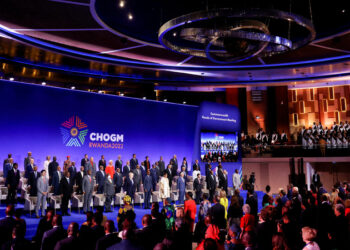 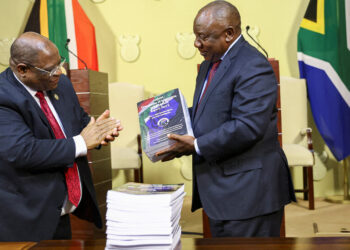 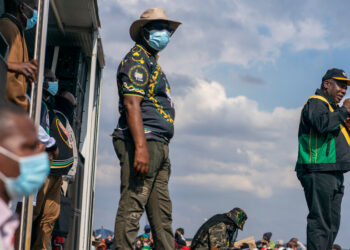 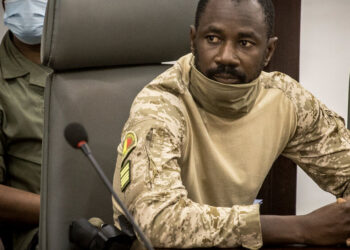 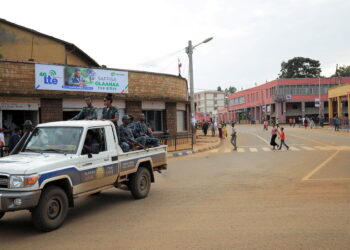 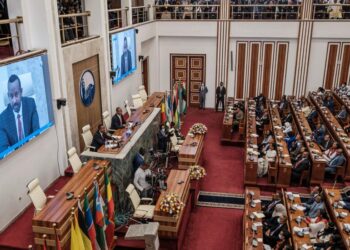