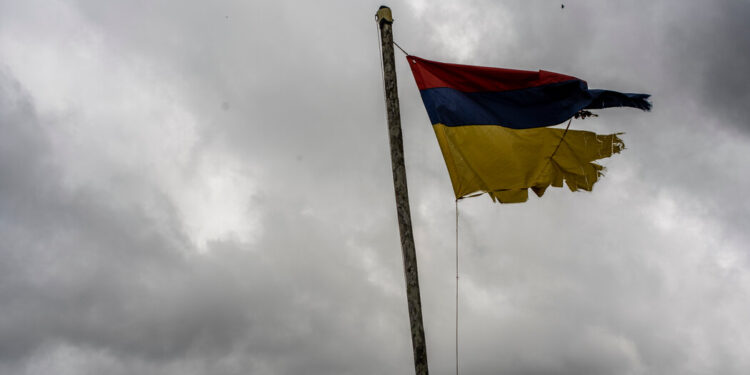 BOGOTÁ, Colombia — It was a 58-year conflict, involving almost every sector of Colombian society, costing hundreds of thousands of lives and billions of US dollars.

And on Tuesday, a government-appointed truth commission released the most comprehensive investigation yet of Colombia’s brutal internal conflict, which stretched from 1958 to 2016.

The report was highly critical of the security model that dominated the country for decades, which the authors said treated much of the population as internal enemies, and called for a major transformation of the police and military.

It also sharply rebuked United States policies in Colombia, saying that mounting a war on drug trafficking had disastrous social and environmental consequences, turning poor farmers into enemies of the state and poisoning once fertile landscapes. .

“The consequences of this concerted and largely US-led approach,” the report said, “hardened the conflict in which the civilian population is the greatest victim.”

Released documents used to compile the report, obtained by DailyExpertNews, show Washington believed for years that the Colombian military was involved in extrajudicial killings and collaborating with right-wing paramilitaries, yet its relationship with the military.

The report, four years in the making and involving more than 14,000 individual and collective interviews, was a product of the 2016 peace agreement between the Colombian government and its largest rebel force, the Revolutionary Armed Forces of Colombia, or FARC. Intended to aid in post-war healing, it included a new estimate of the death toll: 450,000 people, nearly double the number previously believed.

At a ceremony to mark the report’s publication, some victims cried in their seats, while others screamed for recognition of their loved ones. Some of the commissioners responsible for making the report wore T-shirts that read, “There is a future if there is truth.”

The list of victims “is endless and the accumulated pain is unbearable,” Rev. Francisco de Roux, who headed the truth commission, told a packed theater in downtown Bogotá, the capital. “Why did we watch the massacres on television day in and day out, as if it were a cheap soap opera?”

But the report quickly became part of a highly polarized political landscape in Colombia, in which some believe the military was complicit in war crimes and in need of systemic reform, while others blame left-wing guerrillas for most of the trauma.

President Iván Duque, a conservative who campaigned against the peace accord and known for an unwavering defense of the military, was not present at the ceremony and did not comment publicly on the report.

His party, the Democratic Center, released a statement referring to the report as an “interpretative truth”.

President-elect Gustavo Petro, who will become the country’s first left-wing president in August, attended the ceremony with Vice-President-elect Francia Márquez. mr. Petro has pledged to make Colombia’s peace deal a priority, and called for the military reform campaign path.

Mr Petro told the public he believed the report could help “end definitively the cycle of violence” that has plagued the country for generations, but that it could only do so if the report was not used as a weapon of revenge. used.

Societies will always have conflict, he said, “but conflict cannot be synonymous with death.”

Pastora Mira García, 65, whose father was killed in the war, had traveled more than 200 miles to attend the event. She called the publication of the report “a very hopeful moment for our country.”

The Colombian conflict began as a war between the government and the FARC, but eventually evolved into a complex struggle that also involved paramilitary groups and the US government, which provided billions of dollars in aid to Colombians to help them overcome the insurgency and the drugs. to fight. trade it financed.

The report will eventually consist of 10 chapters; two of those chapters were released Tuesday, including an 896-page summary of findings and recommendations for the future.

The summary provides a detailed account of the suffering most often inflicted on civilians, and documents massacres, enforced disappearances, extrajudicial killings, kidnappings, extortion, torture, sexual assault and recruitment of children, among other human rights violations.

Those crimes, the report said, were committed by the FARC, paramilitaries, state security forces and others.

The Police and Military Commission’s recommendations include increased oversight and accountability; restructuring of the State Security Forces removing the National Police from the Ministry of Defense; moving the cases of members of the military charged with crimes to the civilian justice system, from the military; and abolishing agreements between the military and private companies in which state security forces are paid to protect private entities, such as oil companies.

The call for change has been around for years, he said, but has never been successful.

Among the evidence used to write Tuesday’s report, thousands of declassified US documents had been collected and organized by the National Security Archive, a Washington-based non-governmental organization that specializes in supporting truth commissions after conflict.

A digital library of the documents will be published in August, but the National Security Archive has given The Times some of the time ahead of time. They reveal that the United States had decades of knowledge of alleged crimes committed by the Colombian military — “and yet the relationship continued to grow,” said Michael Evans, director of the Archive’s Colombia project.

Particularly noteworthy, he said, are a series of CIA operational reports that are not normally available to the public, even after a record request.

A report, written in 1988 at a time when left-wing activists were regularly murdered, found that a spate of killings of “suspected leftists and communists” was the result of “a concerted effort” between the intelligence chief of the Fourth brigade of the Colombian army and members of the Medellín narcotics cartel.

Many of the dead were affiliated with a political party called the Patriotic Union. The report said it was “unlikely” that this happened “without the knowledge of the commander of the Fourth Brigade”.

Later in the document, a CIA officer writes about a 1988 massacre in which 20 farm workers, many of them union members, were killed. The CIA officer says the US government believed the killers “had been given the names of their intended targets” from the intelligence unit of the Colombian Army’s 10th Brigade.

Other documents show that the United States knew that oil companies paid paramilitaries for protection, and that at least one company was collecting intelligence for the Colombian military.

One company “actively supplied information about guerrilla activities directly to the military,” according to the CIA, “using an airborne surveillance system along the pipeline to expose guerrilla camps and intercept guerrilla communications.”

According to the report, the Colombian military “successfully exploited this information and killed an estimated 100 people in an operation against the guerrillas”.

Another document, written in 2003, references one of the war’s most grim chapters, the so-called false positives scandal. In that case, the Colombian army is accused of murdering thousands of civilians during Álvaro Uribe’s presidency and of trying to pass them on as war dead, in an effort to show that it was winning the war.

In recent court testimony in Colombia, former soldiers have said they felt pressured by senior citizens to kill fellow Colombians.

A July 2003 memo to Donald Rumsfeld, then the secretary of defense of the Pentagon’s top deputy for special operations, celebrates a significant increase in combat deaths since Mr. Uribe took office: 543 in just six months, compared to 780 during the last two years of the previous administration.

The document is titled “Recent Successes Against the Colombian FARC”.