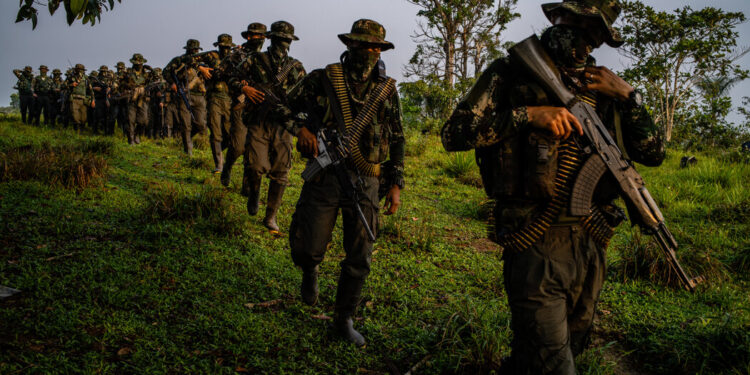 The Colombian Peace Agreement, signed by the government and the revolutionary forces of Colombia in 2016, or FARC, had to herald a new era of peace in a country that had endured war for more than five decades. The deal was that the rebels would lay down their arms, while the government would flood conflict zones with jobs, alleviating the poverty and inequality that had started the war.

But the government never came in many places. Instead, many parts of rural Colombia have seen a return of the killings, displacement and violence in some regions that are now as bad or worse than before the agreement.

Library and killing on human rights defenders According to the United Nations, have risen enormously since 2016. And the displacement remains shockingly high, with 147,000 people who had to flee their houses last year alone, according to data from the government.

It is not because the FARC is back as an organized force. Rather, the territorial vacuum left by the old insurgency, and the absence of many promised government reforms, has unleashed a criminal quagmire as new groups form and old groups mutate in a struggle to control booming illegal economies.

Critics say that this new cycle of violence is partially fueled due to the lack of involvement of the government in the programs in the Peace Agreement. And suppressing the growing uncertainty will be one of the most important and most difficult tasks for the next president of the country.

The current president of Colombia, IVán Duque, has pointed out that a third of the provisions of the Peace Agreement have now been fully implemented, so that the country is on schedule to complete the agreement within his 15-year mandate. But he will put his office in August after highly falling approval classifications that, according to many, are both a reflection of concern about safety and growing frustration about the continuing lack of decently paid jobs.

“This government has lost the chance of the deal,” said Marco Romero, the director of Codhes, a human rights group, which called the current level of violence “outrageous”.

Some security experts warn that if the next government doesn’t step up its role in reducing these militias and delivering on the accord’s promises, the country could be heading for a state more like Mexico — ravaged by drug gangs battling for Territory – then the Colombia of the 2000s.

“It is still a long way to go back to 2002,” said Adam Isacson, director of Defense Supervision at the Washington Office for Latin America, referring to the number of victims during one of the worst years of the war. “But we’re on that path now.”