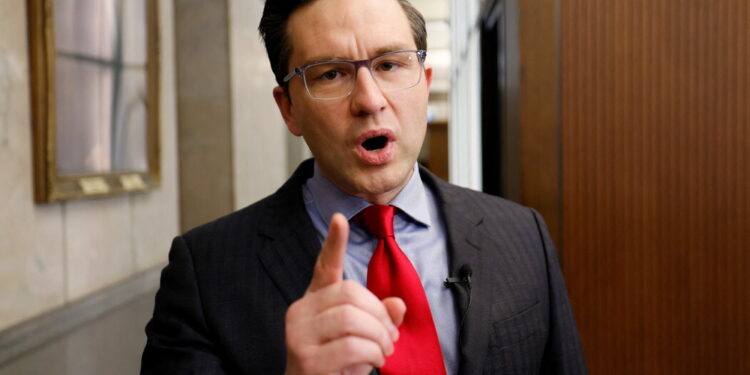 Much to the relief of many in Ottawa, the large crowds that will flock to the city this weekend will admire tulips instead of blocking streets, trucks honking and protest pandemic restrictions and vaccine mandates.

But that does not mean that the blockades and occupations of Ottawa in February and several border crossings with the United States have completely disappeared. An independent inquiry is underway into the government’s use of the Emergency Act to quell the protests, and a joint Senate and House of Commons committee has held its own hearings. Ottawa has yet to replace its chief of police permanently after the force was overwhelmed by the truck drivers and Peter Sloly, who had been brought in from Toronto to lead the force, resigned. The street in front of Parliament will remain barricaded and will most likely be closed to traffic forever. And the courts have yet to hear charges brought against four men arrested after a large stockpile of weapons was found at the border protest in Coutts, Alberta.

Then there is the perhaps surprising influence the blockade and its supporters have had in the campaign to find a new leader for the Conservative Party. I recently looked into that particular problem. My findings were published this week.

[Read: Long After Blockade, Canada’s Truckers Have a Political Champion]

As always, there was no room for all my coverage in the article. One of the things that didn’t make it was my follow-up reporting with people who participated in the blockade that shut down downtown Ottawa.

I note in my article that Pierre Poilievre, the frontrunner for the now-vacant party leadership, regularly invokes the blockade in his campaign appearances, reiterating the protesters’ relentless call for restoration of what they believe to be Canadians’ lost freedoms.

“Freedom, liberty, liberty is our nationality,” Mr Poilievre shouted cheers at a meeting I attended near the Ottawa airport. (Coincidentally, the campaign rally was in a small convention hall in February used by police brought in from across Canada as a rallying point before finally breaking the blockade.)

Many in the crowd were the kind of people I’ve often seen at urban conservative gatherings in the past: well-dressed couples who had arrived in luxury SUVs. But along the edges were several men in highly visible coats, steel-toed work boots, and worn baseball caps—the unofficial truck driver uniform.

Some of them were not interested in talking to me. Many of them said they still fear being arrested after participating in the blockade in February.

One of them, who refused to give his last name, Jon, told me he went to the protests every night after work. He also said it was his first time attending a Conservative Party meeting. In recent elections, he voted for the People’s Party of Canada.

He was at the meeting, he told me to the noise of a DJ, to see if Mr. Poilievre really shared his opinion.

Later, when Mr. Poilievre shouted out to truck drivers who were against mandatory vaccination, Jon cheered as he pumped both fists in the air.

Nick Belanger, who said he was a vaccinated truck driver who took part in the February protests over the weekend, strongly supports Mr Poilievre and says his candidacy was a turning point for the Conservative Party.

“This is the Conservative uprising,” Mr Belanger said as he waited for the candidate to appear, adding: “Ten years ago, what do you think of the Conservative Party? They were crusty old rich white people. I look now around in the crowd and I see a lot of young people, people from the working class.”

Not all conservatives approve of Mr Poilievre’s embrace of the protests.

When a much smaller protest from motorcyclists recently entered Ottawa, it enticed several people who said they had been out regularly in February to join the truck drivers.

But Mark Davidson, a retired civil servant and Conservative Party member, approached him from his nearby home to condemn the demonstration. Just like mr. Jean Charest, the former prime minister of Quebec who also ran for leader, said Mr. Davidson that he believed catering for the truck drivers and people who identified with their blockade would be fraught with the party.

“I think it’s really dangerous and scary,” said Mr. Davidson, citing support from Mr. Poilievre for the truck drivers. “But he clearly has support and he has a lot of enthusiastic supporters.”

How are we?
We’d love to hear your thoughts on this newsletter and events in Canada in general. Send them to nytcanada..