In Latin America, left-wing leaders are on the rise amid widespread economic distress. 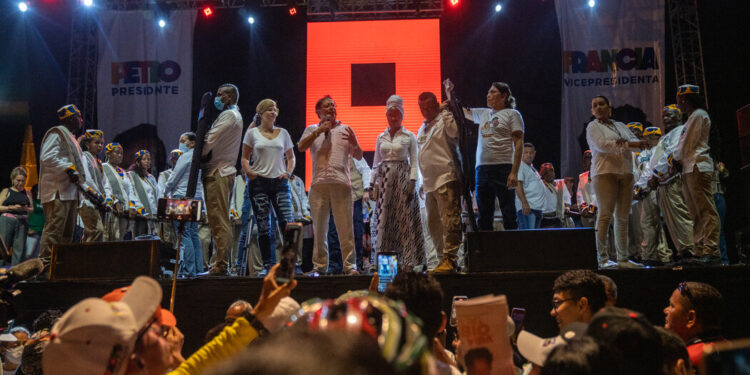 In the closing weeks of 2021, Chile and Honduras voted decisively for left-wing presidents to replace leaders on the right, marking a major, multi-year shift in Latin America.

This year, left-wing politicians are favorites to win presidential elections in Colombia and Brazil, taking power from right-wing incumbents, bringing the left and center left to power in the region’s six largest economies, from Tijuana to Tierra del fuego.

Economic suffering, rising inequality, staunch anti-sitting sentiment and mismanagement of Covid-19 have all led to a pendulum swing away from the center-right and right-wing leaders who were dominant a few years ago.

In Colombia, Gustavo Petro, a left-wing former mayor of Bogotá who once belonged to an urban guerrilla group, has a consistent lead in polls.

The left has promised a more equitable distribution of wealth, better public services and vastly expanded social safety nets. But the region’s new leaders face numerous obstacles, including severe economic constraints and legislative opposition that could limit their ambitions, and unruly voters who have been willing to punish anyone who fails to perform.

The gains of the left could boost China and undermine the United States as it competes for regional influence, analysts say, with a new crop of Latin American leaders desperate for economic development and more open to global strategy. Beijing to offer loans and infrastructure investment. The change could also make it more difficult for the United States to continue isolating authoritarian left-wing regimes in Venezuela, Nicaragua and Cuba.

With inflation soaring and economies stagnant, Latin America’s new leaders will find it difficult to effect real change in deep problems, said Pedro Mendes Loureiro, a professor of Latin American studies at the University of Cambridge, earlier this year. To some extent, he said, voters are choosing the left “simply because it’s the opposition right now.”

Poverty is at its 20-year high in a region where a short-lived boom in commodity trade had enabled millions to move up into the middle class after the turn of the century. Several countries now face double-digit unemployment, and more than 50 percent of workers in the region are employed in the informal sector.