Will a ban on foreign real estate buyers drive down house prices? 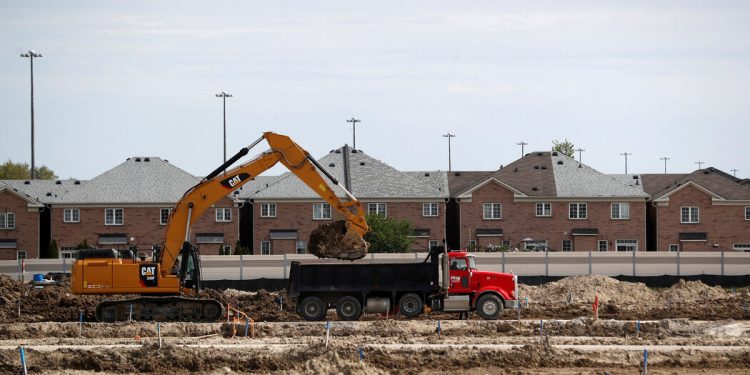 Rising real estate prices, the second most popular topic of conversation among Canadians after the weather, loomed large in the federal budget presented to parliament on Thursday by Chrystia Freeland, the Treasury Secretary and Deputy Prime Minister.

According to the Canadian Real Estate Association, in the two years ending February, the median home price is up more than 51 percent to USD 868,400.

Among the wide range of budget proposals to make housing more affordable is a two-year ban that prevents most foreigners and non-Canadian businesses from purchasing residential real estate in the country.

The idea that foreign money has helped drive prices up in markets like Vancouver and Toronto has been around for a while and has become a hot political topic.

And attempts have been made to discourage it. In 2016, British Columbia introduced a 15 percent tax on home and apartment purchases by foreign buyers. Late last month Ontario increased its own tax to 20 percent and extended it to the entire province.

But several economists I spoke to after the budget was released have said that the effect of foreign buyers on prices isn’t as important as many people might think, even in Vancouver and Toronto. And some experts warn that the ban will most likely cause headaches of its own — perhaps major ones.

Tsur Somerville is an associate professor at the Sauder School of Business, University of British Columbia, specializing in real estate economics. He told me that the rise in house prices that took place during the pandemic contradicts the assumptions underlying this ban.

“We’ve had two years where it’s been really hard to be a foreign buyer of real estate in Canada because it’s been hard to get here,” he said. “Yet this is the moment when house prices have experienced the largest increase in the last 10 years.”

Research by Professor Somerville and a colleague revealed that after British Columbia raised its tax, prices in Vancouver neighborhoods popular with foreign buyers fell by only 3 to 5 percent compared to neighborhoods that avoided such buyers.

In a paper published in 2020, Joshua C. Gordon, an adjunct professor in the School of Public Policy at Simon Fraser University in Burnaby, British Columbia, found that demand from people outside Canada has indeed made housing less affordable in Vancouver. and Toronto, but not in a way that will address the budget sales ban.

Many real estate purchases in those cities, he wrote, are made by residents or citizens of Canada acting on behalf of relatives or other people living abroad, who provide the money behind the deals. Whatever form the new ban takes, it will not block such transactions.

“It’s not so much a question of citizenship, but of the source of funds for the purchase of real estate,” wrote Mr Gordon.

Details are scarce on how the federal ban will work. The Treasury Department told me they “will be available in the coming months.” The budget says recreational real estate will be exempt, although it doesn’t define; it also exempts people in Canada from student visas leading to permanent residency, and people who live here temporarily for work.

But since real estate is a provincial responsibility, it’s unclear exactly how the federal government can regulate such sales. Gilles LeVasseur, who teaches constitutional law at the University of Ottawa, said the regulations will most likely be drafted as part of the federal government’s powers to create criminal justice.

But regardless of the means, he said, the rule will violate the Charter of Rights and Freedoms by discriminating against people on the basis of nationality. While rights are not absolute, Professor LeVasseur said it can be difficult for the government to justify such discrimination in court.

“Is this acceptable given that it will punish a certain group of people, knowing it will not have a major impact on society?” Professor LeVasseur asked.

I also spoke with Brian Higgins, a US Representative from western New York state who closely monitors cross-border issues. He said he has been looking at a possible ban since last fall and raised the issue with officials in Washington and during a meeting with Prime Minister Justin Trudeau.

According to him, the budget proposal goes too far.

“It violates the US-Canada-Mexico trade agreement” by discriminating against US and Mexican buyers, he said.

Professor Somerville was not critical of the many house price measures in the budget, but he said potential buyers in Canada who find themselves priced out of the market should not hope that so much will change.

“It always feels like everyone wants a magic solution that costs them nothing and makes housing affordable,” he said, adding, not quite seriously, “The way to make housing affordable is to cut housing prices by 50 percent. kind of leads to a number of other problems in macroeconomics.”

When I’m reporting in Western Canada, I’m usually lucky enough to work with Amber Bracken, an Edmonton-based photojournalist. This week the photo above, taken while we were there reporting on the discovery of human remains at the former Kamloops Indian Residential School was named World Press Photo of the Year, one of the highest honors in its field.

“It’s a kind of image that sears itself in your memory; it elicits a kind of sensory response,” said Rena Effendi, the international jury president, of the photo. “I could almost hear the stillness in this photo, a quiet moment of global reckoning for the history of colonization, not just in Canada but around the world.”