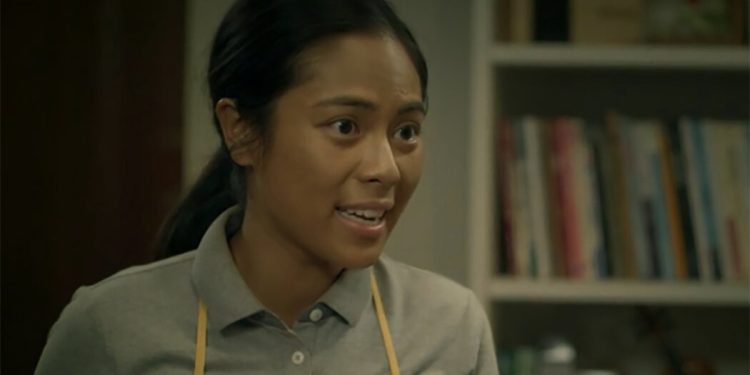 “Actually, the main character is Filipino, and then she turns pale,” Mr Tsang told reporters at a TVB event last week. “That’s the tricky part,” he added. “You can’t find a Filipino to paint white, so you can only paint an artist black first so she can go pale again. If we make movies about aliens and we can’t find an alien to play the part, are we discriminating against aliens? This is what the plot calls for.” TVB’s publicists said Mr Tsang was not available for comment.

Using brownface for a storyline in this way and assuming all Filipinos are a certain color perpetuates horrific stereotypes, critics say.

“It’s essentially an exercise of privilege,” Christine Vicera, a Filipino filmmaker and researcher at the Chinese University of Hong Kong, said in an interview. “Franchesca can remove the brown skin at the end of the shooting. While Filipinos or Southeast Asians or South Asians in Hong Kong don’t have that privilege of removing our skin color.”

Jan Gube, an assistant professor at the Education University of Hong Kong who studies multicultural education and diversity, said many local viewers missed the historical context to understand why brownface is offensive. Professor Gube said most students in public schools in Hong Kong do not grow up with peers who look different from them. Local schools didn’t teach cultural respect — let alone the context for brownface — in an in-depth way, he said.

“You will see a lot of comments from social media and local media saying that the actress is staying true to her role,” he said. “Not many people look at it from a cultural point of view, which means they may not necessarily be aware that wearing that kind of makeup means something different to other people,” he added.

Brownface (and yellowface — imitations of brown and Asian people by light-skinned performers) grew out of the racist vaudeville tradition of blackface, a staple of American minstrel shows in the early 1800s. Mostly, white actors applied dark makeup to play mocking caricatures of black people. With few other representations of black people on stage — and later on screen — blackface performances helped amplify the dehumanizing tropes.