Bloomberg News employee detained by China has been released on bail 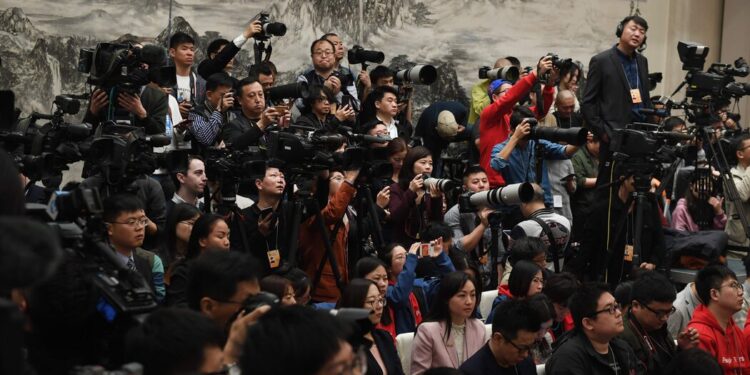 A Chinese Bloomberg News employee, Haze Fan, was released on bail in January, according to the Chinese embassy in Washington, more than a year after plainclothes security officials detained her.

Ms Fan’s case is still under investigation, but she has been released on bail pending trial, the Chinese embassy said in a statement dated May 6.

Bloomberg News said Tuesday it has been unable to reach Ms. Fan since her release. It had previously reported that Mrs. Fan was last seen on December 7, 2020, when she was escorted from her apartment, and that she had been detained for possible national security violations.

News of her detention resonated with the foreign journalist community in China, where news media organizations were harassed and foreign reporters expelled amid an increasingly hostile reporting environment. Reporters face “unprecedented hurdles in China as a result of the government’s efforts to block and discredit independent reporting,” the Beijing-based Foreign Correspondents’ Club of China said in its January annual report.

Not long after contacting a Bloomberg editor, Ms. Fan was taken by the detectives, according to a Bloomberg article in 2020. The company has previously said it does not know why Ms. Fan was arrested, but that it was seeking information about her residence at both the Chinese government and the Chinese embassy in Washington.

Bloomberg said it was made aware of the embassy’s statement this weekend.

In that statement, the embassy said that Ms. Fan was formally arrested in July 2021 on suspicion of committing crimes that endanger national security, adding that her “legitimate rights and interests are fully protected”.

Bloomberg editor-in-chief John Micklethwait said he was “encouraged” to learn that Ms Fan was out on bail. “She is a highly valued member of our Beijing office – and we will continue to do everything we can to help her and her family.” He declined to comment on whether Bloomberg had been notified of her release in January.

Ms. Fan is a Chinese citizen who joined Bloomberg in 2017 after working for several other news organizations including CNBC, CBS and Reuters. Chinese citizens are not allowed to do independent reporting for foreign media in China and are only allowed to work as research assistants.

Ms Fan’s case “has nothing to do with her status as a foreign media collaborator,” the embassy said in the forcefully worded May 6 statement, which was in response to an advertisement in The Washington Post for World Press Freedom Day that Mrs. Fan.

According to a report by Reporters Without Borders, an estimated 127 journalists are currently detained in China.

The Chinese Ministry of Foreign Affairs did not immediately respond to a request for comment.