Chinese pilots have sent a message. American allies said they went too far. 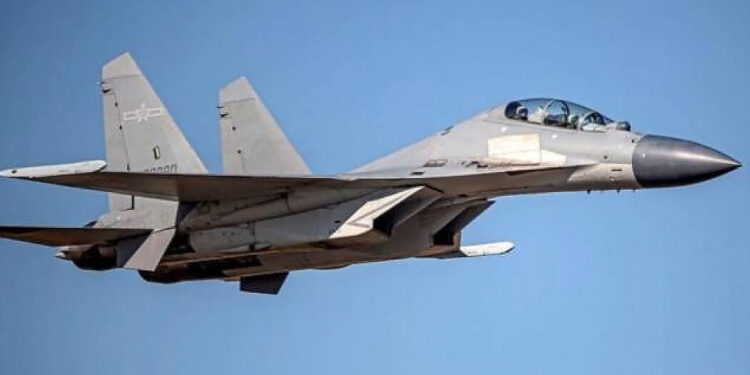 HONG KONG — Chinese fighter jets repeatedly buzzed a Canadian plane that was watching North Korea, sometimes so close that the pilots could see each other. Hundreds of miles to the south, a Chinese fighter jet spewed metal chaff into the path of an Australian surveillance vessel, a maneuver Australia called “extremely dangerous.”

For Chinese officials, these were reasonable responses to foreign military patrols threatening China’s security. For US allies, the actions of the Chinese pilots in recent weeks have been worrying escalations, with the risk of a mid-air collision or crash.

Such an accident could spark a wider conflict. “There are split-second differences between this being a passing headline and this being a major incident with lasting international repercussions,” said John Blaxland, a professor of security and intelligence studies at the Australian National University in Canberra.

The provocations in the Asia-Pacific, and the rhetoric surrounding it, are adding to growing tensions as China takes on the United States and its allies.

In recent years, China has become increasingly assertive in the region, from building military infrastructure in the disputed South China Sea to directing ships and planes near islands claimed by both Japan and China. Last month, Secretary of State Antony J. Blinken named China the biggest challenger to the international order and said the United States would work with allies to curb its aggressive actions.

Beijing has denounced attempts to thwart China’s legitimate rise, saying it would not be curbed by American bullying. Last month, when President Biden visited the region, China and Russia sent bombers over the seas of northeast Asia in their first coordinated exercise since Moscow’s invasion of Ukraine. Chinese military planes hold regular exercises near Taiwan, the self-governing democracy Beijing claims as its own.

The Russian attack on Ukraine has raised concerns that China could similarly attempt to take Taiwan, potentially putting the United States in a direct conflict over the island, which Mr Biden promised to defend last month.

But recent aerial encounters are a reminder of a more immediate potential flashpoint: a pilot’s misjudgment of a close encounter, which could cause a deadly crash and international incident.

It has happened before, such as when a Chinese fighter jet collided with a US Navy surveillance plane over the South China Sea in 2001. The Chinese pilot was killed and the American EP-3E Aries II had to make an emergency landing on the island of Hainan. †

China held the American crew for 11 days. It allowed their release only after extensive negotiations and the release of a letter saying the United States was “deeply sorry” for the pilot’s death.

The incident has become a rallying point in China. The pilot, Wang Wei, was posthumously awarded the title “Guardian of Territorial Airspace and Waters” and the date of his death, April 1, is still commemorated in extensive official propaganda.

Last year, the Communist Party tabloid Global Times interviewed an employee of the cemetery where Mr. Wang is buried, who said his grave was often covered with flowers and model airplanes left by mourners. She described reading the letter from a visitor who said he had joined the Chinese Navy because of Mr. Wang.

“He wants to protect the country like Wang Wei,” said the worker, Shen Lu. “I think it’s because the spirit of our heroes has influenced our next generation.”

But such commemorations mean a confrontational flight model is held up for new Chinese pilots to emulate, said Collin Koh, a research associate at the Institute of Defense and Strategic Studies in Singapore.

“These incidents amply demonstrated that no attempt has been made to rein in the pilots,” he said, referring to the recent aerial encounters. “I think they encourage it, and one way is through Wang Wei.”

When confronting planes from Australia and Canada, China challenges two close American allies. Each has its own troubled relationship with Beijing, and both are among the countries the White House hopes will join a coordinated effort to contain China.

Beijing looks set to challenge these ties and pressure Washington’s allies to consider how closely they intend to follow suit.

“Australia’s military aircraft have traveled thousands of miles to China’s doorstep to conduct accurate reconnaissance in coordination with the United States’ Asia-Pacific strategy to threaten and deter China,” said Song Zhongping, a Chinese commentator on current affairs, in an interview.

Encounters between rival armies in international waters and airspace are relatively common, as countries send ships and aircraft on training missions and monitor other countries’ reactions. Close shadowing and radio warnings are part of the standard response.

The Australian military said one of its P-8 aircraft was conducting routine maritime surveillance in the South China Sea when a Chinese J-16 fighter intercepted it and performed a “maneuver that posed a security risk”.

Richard Marles, Australia’s defense minister, told reporters that the Chinese plane fired flares and then cut in front of the plane. Chaff was released, which contains metal used to launch rockets, some of which was lodged in the engine.

China said the Australian plane had approached the Paracel Islands and ignored warnings to depart. The Paracels, which China calls the Xisha Islands, are a Chinese-administered archipelago in the South China Sea that is also claimed by Vietnam and Taiwan.

“It is the Australian side that is confusing black and white, repeatedly spreading false information and inciting hostility and confrontation,” said Senior Colonel Tan Kefei, a spokesman for China’s Defense Ministry.

Canada said its CP-140 Aurora patrol vessel had several disturbing encounters with Chinese jets in international airspace while supporting the enforcement of United Nations sanctions against North Korea. The Canadian crew was stationed in Kadena, Japan, during the month-long mission, ending May 26.

Such work typically involves long, monotonous flights to control illegal trade, such as clandestine fuel transfers at sea to circumvent UN restrictions on the sale of oil to North Korea.

China, as a member of the United Nations Security Council, supported the sanctions the Canadians helped enforce, Professor Blaxland noted. He called China’s harassment of the surveillance flights “the application of a fine-tuned set of double standards to threaten, flatter and punish Canada for adhering to the guidelines it has signed.”

The Chinese Ministry of Defense accused Canada of using the UN mandate as an opportunity to keep an eye on China, its neighbor to the north. Canada “closely stepped up explorations and provocations against China on the pretext of implementing United Nations Security Council resolutions,” said Colonel Wu Qian, a spokesman for the ministry.