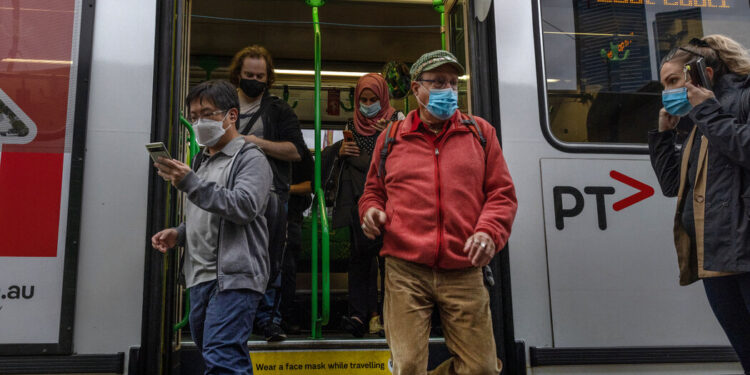 Australians will go to the polls on Saturday to elect a government as the country, which comes out of two years of Covid-fueled isolation, faces rising inflation, lingering concerns about climate change and growing foreign policy challenges.

After nine years in power, the Conservative coalition – now led by Prime Minister Scott Morrison – is engaged in a tense race with the Labor Party and its leader, Anthony Albanese.

With few major policy differences or dramatic proposals, the election is seen as a referendum on Mr Morrison’s behavior and performance during his term in office. He has tried to emphasize his steady management of the economy and Australia’s rapid response to Covid, while his opponent has pointed to his failure to keep housing affordable, his absence during the 2020 bushfires and avoidance of climate change policies, and his aggressive, partisan approach to politics, which has alienated many women.

Growing support for small parties and a new wave of independent candidates, most of them women campaigning for stronger action on climate change and a federal anti-corruption commission, could lead to a minority government that could take several days of negotiations. But Labor has built momentum and is increasingly confident of a clear victory.

Australia has managed the pandemic relatively well and kept the death toll per capita low by closing international and state borders while funneling public money to workers, businesses and healthcare. Now that the country has been heavily vaccinated and is open again, it is the government’s task for the coming years to shape the recovery.

Mr Morrison, 54, has argued that now is not the time to move to a Labor government. “It’s not just about who will make things better, and I believe we will,” he said last week. “But it’s also who can make them worse.”

To boost its chances, the Conservative coalition has pledged about $2 billion in infrastructure and energy projects, along with smaller local projects such as sports facilities.

Mr Albanese, 59, has pledged investments in roads and transport, while stressing that Labor will do more for ‘the caring economy’, which includes child carers, educators and nursing home workers. Services for the elderly suffer from reports of treatment failures and appalling conditions.

Labor has also pledged to increase funding for universities, which had been left out of the coalition’s Covid relief plans. And while it hasn’t ruled out investment in coal, Labor has said it will act faster to cut carbon emissions and tackle climate change.

Australia’s 2030 emissions reduction target – 26 percent from 2005 levels – has been described as a disappointment by other world leaders. It is half of what the United States and Great Britain have promised.

But whoever wins the election will not only have to face domestic concerns and international pressures on climate change. Australia is also facing an increasingly difficult security environment.

Australians will go to the polls on May 21 as the country faces rising inflation, fears of climate change and foreign policy challenges.

The country’s relations with China have been on ice since at least 2017, when Australia passed foreign interference laws and China responded with import bans on wine, beef and other Australian products. Beijing has also penetrated the Pacific islands, Australia’s traditional sphere of influence, where the Solomon Islands signed a secret security agreement with China last month.

This will be one of the topics discussed at the Quad’s next meeting – Japan, United States, India and Australia – to be held in Tokyo on 24 May, three days after the Australian elections.

There isn’t much distance between the two sides over the challenge China represents or Australia’s pursuit of a stronger alliance with the United States.

Mr Albanese took over as Labor leader after the party’s 2019 election loss, and he is known as a quieter, more collaborative boss than his predecessor, Bill Shorten.

Raised by a single mother in public housing, he often says she instilled in him a passion for three major religions: the Catholic Church, the Australian Labor Party and the South Sydney Rabbitohs, his local rugby team.

He was elected to parliament in 1996 and rose to the rank of Deputy Prime Minister in 2013 with the Labor government led by Kevin Rudd.

Despite all his time in government, Mr Albanian was relatively unknown to most Australians until recently. As an opposition leader and as a candidate, he has developed a ‘small goals’ approach, making bold policy statements and minimizing Labor’s disagreements with the coalition on traditional hot-button issues such as taxes.

Mr Albanese’s attempt to get voters to focus on Mr Morrison was initially met with obstacles as the Labor leader made a few blunders at the official start of the campaign. But he found his footing in a few debates focusing on pay rises and other traditional Labor issues, while standing up to the more combative prime minister.

Mr Morrison has headed the Australian government – a coalition of the Liberal and National parties – since 2018 as an energetic campaigner who has presented himself as the leader for ‘quiet Australians’ who want a steady hand at the economic stirrer, he had a reputation for was moderate earlier in his career. But as Prime Minister, he has often joined the more conservative wing of Australian politics, especially on climate change.

Like Mr Albanian, he is a devoted rugby fan who grew up in Sydney – in his case in the wealthier Eastern Suburbs, where his father was a police officer and councillor.

After working as a marketing manager for Tourism Australia, he reached parliament in 2007, representing a handful of suburbs in the south-east corner of Sydney.

He rose quickly to become Minister for Immigration and Border Protection in Prime Minister Tony Abbott’s government, where he oversaw a crackdown on asylum seekers – with boats being returned by the Australian military and refugees placed in offshore detention.

He served as treasurer under Prime Minister Malcolm Turnbull until he came to power in 2018 following a coup within the party initiated by members opposing Mr Turnbull’s moderate stance on climate change and other issues.

What are the main problems?

At the national level, voter surveys show Australians are most concerned about inflation and the cost of living, especially the exorbitant price of housing in Sydney, Melbourne and other major cities.

In most middle-class districts of the country, economic issues dominate, but in a number of voters who could determine which party wins, two other election dynamics are at play.

In wealthier districts around Sydney and Melbourne, several independent candidates – mostly professional women – are challenging liberal establishments with campaigns focused on climate change solutions, gender equality and a return to civility in politics.

And in less urban areas, elections are more fought over culture war and identity issues. Mr Morrison has singled out a candidate who has lobbied against allowing transgender women to participate in women’s sports, and he has at times made the issue a focus of his campaign.

“Three campaigns are being fought,” said Peter Lewis, a veteran pollster and executive director of Essential, a forward-thinking communications and research firm. “You have a cultural election, an economic election and a post-materialist election” – focused on quality of life – “and they’re all set in different parts of Australia.”

The latest voter polls show that Labor is a few points ahead. Mr Morrison’s ratings have been falling for months, and neither he nor Mr Albanese is getting enthusiastic support. Voters have indicated that they are more dissatisfied than satisfied with both.

Election forecasts in Australia are notoriously difficult to trust. The country has compulsory voting and preferential voting, which allows people to rank their choices, and much of the electorate makes last-minute decisions. According to some counts, a quarter of all voters remain unsure or uncertain about their final choice.

In 2019 polls showed Labor with a slight lead, but Mr Morrison and the Coalition won an upset victory.

This time, analysts are suggesting a high probability of a hung parliament, with neither the coalition nor Labor winning the 76 seats needed to form a government.

When that happens, small parties like the Greens on the left or One Nation on the right — or some of the independents, if they win — could be the kingmakers deciding which way Australia’s next government goes.