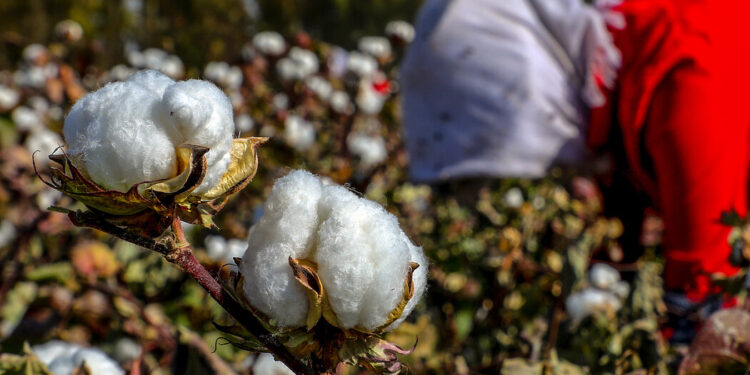 Ms Apter said that while no Eileen Fisher clothing was made in Xinjiang, and it sourced no fabric or yarn from the region, the company did not know whether the cotton fibers it used could be traced back to Xinjiang.

“Two years of pandemic and a deteriorating political situation made it impossible to fully investigate what is happening on the ground,” Ms Apter said.

The company discussed what to do.

“You know, maybe this farm is certified, but we don’t have a way to independently audit, the people are intimidated, the auditors don’t want to work on the property anymore, it’s impossible to really rely on that,” Ms Apter said. , recalling the discussion.

By 2021, Eileen Fisher had removed all Xinjiang cotton fiber from its supply chain, she said.

LL Bean, the private outdoor retailer based in Maine, said in a statement that it had stopped sourcing textile mills in Xinjiang in 2020 and had “completely removed us from the cotton production process” by early 2021.

“We are confident in our due diligence process to state that none of our products are made with Chinese cotton or use forced labor,” the company said.

The decisions of smaller, private companies to leave China have been easier than for larger retailers, which have cultivated a lucrative consumer market in the country. For fast fashion companies like H&M and luxury brands like Burberry, which has also been the target of boycotts, the decision ultimately comes down to choosing one side: China or the rest of the world.

“It’s very difficult for a giant company,” said Michael Posner, president of the Fair Labor Association, a nonprofit that has worked with companies like Apple to research working conditions in suppliers’ factories.