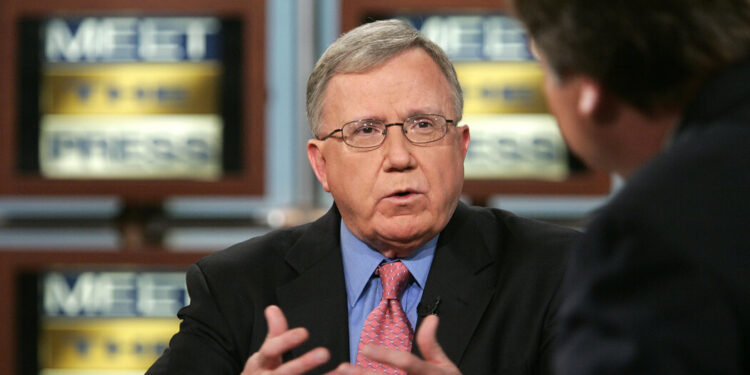 Gary C. Schroen, a veteran CIA agent who led the first team of agents into Afghanistan just weeks after the September 11, 2001 attacks to prepare for an invasion and begin the hunt for Osama bin Laden and his top lieutenants, died at his home in Alexandria, Virginia, on August 1, a day after an American missile killed one of the last of those men, Ayman al-Zawahri. He was 80.

His wife, Anne McFadden, said the cause was complications from a fall.

Mr. Schroen spent more than 30 years with the CIA, leading agents and espionage operations in the Middle East. At the age of 59, he had already spent 11 days on the mandatory three-month transition program for retirement when terrorists under bin Laden’s command attacked the World Trade Center and the Pentagon.

He spent the next few days braising, frustrated that the skills and knowledge he’d acquired over decades would go unused when they were most valuable.

Then, late on the night of September 13, he was told that Cofer Black, the director of the agency’s counter-terrorist center, wanted to see him the next morning.

“Gary, I want you to take a small team of CIA agents to Afghanistan,” Mr. Black told him, in a conversation Mr. Schroen recalled in a 2005 book, “First In: An Insider’s Account of How the CIA Spearhead the CIA War on Terror in Afghanistan”, and in multiple interviews. They had to contact the Northern Alliance, an organization that opposed the Taliban, and persuade them to cooperate with the Americans.

“You are,” Mr. Black continued, “the most qualified officer to lead this team.”

Mr. Schroen selected seven men and gathered the weapons, outdoor equipment and food they needed. The mission was codenamed Jawbreaker. At least one military representative was said to join them, but the Pentagon withdrew from the mission at the last minute, declaring it too dangerous.

“There was no rescue force,” Bruce Riedel, a former CIA agent who often worked with Mr. Schroen, said in a telephone interview. “If they got into trouble, there were no American troops to come and rescue them.”

Before Mr. Schroen left for the mission, Mr. Black took him aside.

“I want to clarify what your real job is,” Mr. Schroen recalls, Mr. Black telling him. “Once the Taliban are broken, your job is to find bin Laden, kill him and put his head back on dry ice.”

They arrived in Afghanistan on September 26, with laptops, satellite phones, instant coffee and $3 million in cash. For the next few weeks, until detachments from the Army’s Delta Force began arriving, they were the only Americans operating in the country.

Mr. Schroen had long-standing personal ties to the Northern Alliance, dating back to his time as a CIA station chief in Islamabad, Pakistan. He freely distributed money to show the seriousness of the coming American attack.

Within days he had won the Northern Alliance. By the time more American troops arrived, the terrain against the Taliban began to shift.

In a statement after Mr. Schroen’s death, William J. Burns, the director of the CIA, called him “a legend and inspiration to every agent of the Agency.”

Gary Charles Schroen was born on November 6, 1941 in East St. Louis, Illinois. His father, Emil, was a union electrician and his mother, Fern (Finch) Schroen, was a housewife.

Mr. Schroen was married and divorced twice before marrying Ms. McFadden in 2009. In addition to her, he leaves behind his daughters, Kate Cowell and Jennifer Schroen. His son, Christopher, died in 2017. His sister, Donna Naylor, passed away in 2020.

Mr. Schroen joined the military after high school and served for three years with the Army Security Agency, an intelligence unit. He later attended Southern Illinois University Edwardsville, in the suburbs of St. Louis, where he studied English and where the CIA first approached him. He graduated in 1968 and became a case officer a year later.

He spent his entire career in the Operations Directorate, shuffling between assignments in the Middle East and at CIA headquarters in Virginia.

He later described in general terms the thrill of working in covert operations during the Cold War – and, in specific terms, the wave of negative publicity that followed revelations in the mid-1970s about the CIA’s role in assassinations, coups and other nefarious acts in recent decades.

“I spent two weeks reading files about historical things in the Middle East, looking for bad things that had happened,” he said in an interview with the PBS “Frontline” program in 2006. “We got there. all really shocked by just this feeling that many people saw us as a rogue organization.”

By the late 1980s, Mr. Schroen rose to the top ranks of the agency’s activities in the Middle East. He served as station chief for Kabul, although he had to work from Pakistan for security reasons. Although he was often warned not to, he regularly entered Afghanistan to meet mujahedeen rebels, who at one point came under fire from enemy forces.

He was fluent in Persian and Dari, a dialect of Persian spoken in Afghanistan, and was widely regarded as the agency’s foremost expert in the country – “one of the go-to guys for the region,” Milton Bearden, serving as a CIA station chief in Pakistan, said in an interview.

Mr. Schroen returned to the region in the mid-1990s as station chief in Islamabad, which is considered one of the agency’s key positions. Concerns about bin Laden and al Qaeda grew, and it grew even faster after bin Laden orchestrated the attacks on two US embassies in East Africa in 1998.

Mr. Schroen was one of the loudest voices in the service calling on the government to capture or, better yet, kill bin Laden as soon as possible. Still, a cruise missile attack on his compound in Afghanistan missed him by an hour, and two other planned attacks were called off at the last minute.

Mr. Schroen returned to Washington in 1999 to become deputy chief for the Near East in the Operations Directorate. He announced his retirement in mid-2001, shortly before being brought back after September 11.

He stayed in Afghanistan for a few weeks after the US invasion began in earnest in mid-October. He resumed his retirement process and formally left the agency at the end of the year.

By retirement, he was one of the most decorated figures in CIA history.

Mr. Schroen continued to advise the firm as a contractor. He was one of the few former CIA officials to openly criticize the decision to invade Iraq, which he believes diminished the focus and resources of the fight against Al Qaeda.

“When I came back and heard that Iraq was mentioned in the earliest moments after 9/11 as what we should attack, I thought, ‘Oh my God. That can’t be true,” he told Frontline. “Obviously bin Laden and his men are in Afghanistan; we need to go there. Don’t mess with Iraq; this has nothing to do with them.'”