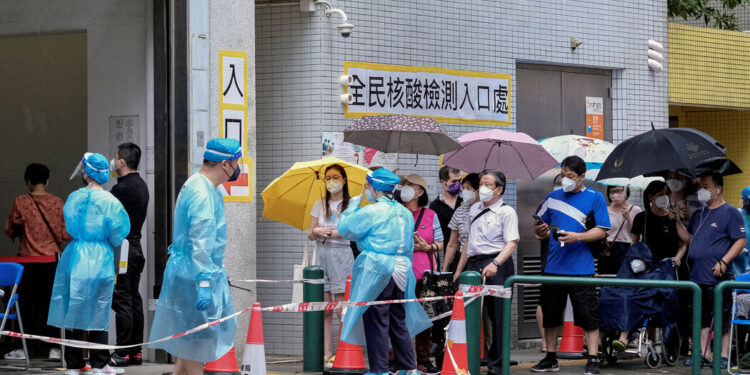 At least three Chinese cities have imposed partial lockdowns and Macau’s gambling hub has closed its casinos for the second time since the start of the pandemic as authorities tried to stamp out the latest outbreaks.

In Macau, a semi-autonomous Chinese city, authorities also shut down non-essential businesses, including the 42 casinos, which are the main drivers of the city’s economy, and asked residents to stay at home except for food. to buy.

The latest measures follow the lockdowns in Shanghai and Beijing, where millions of people were confined to their homes earlier this year as China faced the largest outbreak of the virus. Barely a month after a citywide lockdown was lifted, new cases have surfaced in Shanghai, with officials ordering many residents to get tested if new cases surfaced, possibly foreshadowing tougher restrictions.

China’s blunt strategy to eradicate the disease, wherever it appears, has economic and social consequences. It means condominiums, neighborhoods, or even entire cities have to be shut down for days or weeks to eradicate even a handful of cases. And it has led to a significant slowdown in economic growth, which has been felt worldwide with the disruption of supply chains.

Macau’s 680,000 residents are relatively protected from the virus. According to government data, two deaths and less than 2,000 confirmed cases have been reported since the start of the pandemic in 2020.

The government had already closed parts of the city in recent weeks, as well as banks, government offices, parks and swimming pools. All residents had to undergo mandatory tests.

But until now, Macau had avoided closing its casinos, which were last closed in February 2020, for 15 days due to the economic impact. Shares in the companies that run the casinos tumbled Monday.

On Sunday, a health official in Shanghai said the first case of an Omicron subvariant, BA.5.2.1, has been found in the financial center. The news led to more mandatory test orders for residents of several neighborhoods in the city, which is still recovering from the psychological scars of strict lockdowns earlier this year.

Unrelated to the coronavirus, a rare case of cholera was reported at Wuhan University. The patient, a graduate student, is isolated in a hospital. Medical authorities have tested health professionals who have come into contact with the patient for the bacterial disease, which is spread through water or food and causes severe diarrhea.