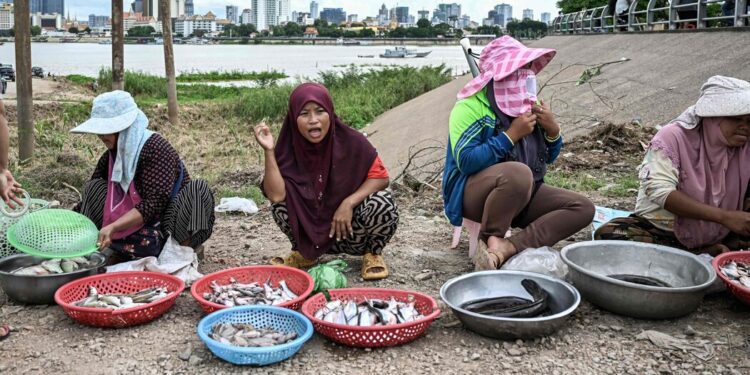 The new aid is part of a 12-year-old US food security project in Cambodia and is funding an initiative called Harvest Three, in which the US Agency for International Development will work with Cambodian farmers and others in the food industry to bring products to more markets. The focus will be on grains and fish, said Mr. shine.

There is a shortage of grains in parts of the world as the Russian navy has blocked ports in Ukraine, a critical exporter. On Monday, a ship loaded with corn set sail from Odessa, the first cargo ship to do so in more than five months of war. But experts say it will do little to make a dent in a global food crisis that United Nations Secretary-General António Guterres has warned could take years.

Mr Blinken has made global food insecurity a landmark issue since Russia’s President Vladimir V. Putin began his large-scale invasion of Ukraine. The secretary has urged other countries at meetings at the United Nations and elsewhere to help alleviate grain shortages, and he has urged Russia to lift the blockade of Ukrainian ports.

“Food insecurity around the world is increasing because of the Russian war of aggression against Ukraine,” said Mr Blinken, “which has prevented millions of tons of Ukrainian crops from being shipped to world markets.”

The scale of the crisis – fueled by wars, the economic devastation of the coronavirus pandemic and extreme weather often exacerbated by climate change – is staggering. According to the UN’s World Food Programme, as many as 50 million people in 45 countries are on the brink of famine.

The United Nations and Turkey recently negotiated an agreement in which Russia would allow food shipments to pass beyond Russia’s naval blockade of Ukrainian ports on the Black Sea.

Officials from the United States and other countries are closely monitoring the shipments to see if Russia continues to honor the agreement. The Russian Navy can close the cargo passage again at any time.

Mr Blinken spoke by phone with Turkish Foreign Minister Mevlut Cavusoglu on Thursday and praised the months of Turkish diplomacy that had led to the grain shipment. He stressed the importance of cooperation to ensure that other ships can leave ports and the importance of keeping Russia to its obligations.

Cambodia, home to about 17 million people, is largely rural, with about 60 percent of the population living outside urban centers. The agricultural sector accounts for more than 20 percent of the country’s gross domestic product and directly employs more than three million Cambodians, according to the Ministry of Foreign Affairs.

The aid Blinken announced Thursday in Cambodia’s capital Phnom Penh will be a boon to the country’s farmers. He said it was intended to give them more access to greenhouses and to help them distribute their goods to more markets at home and abroad, as well as help women and youth get more out of investment in the sector.

“We have the know-how to improve agriculture in all climates and in all income levels so that countries have their continued capacity to produce their own food,” said Mr Blinken.

“With this new phase, we are basically expanding our scale,” he added. “Harvest Three will be nationwide.”

mr. Blinken also met on Thursday with Josep Borrell Fontelles, the European Union’s top foreign policy official, and discussed food and energy insecurity. Energy prices rose in the United States and Europe after the war started in Ukraine, but US gasoline prices have fallen in recent weeks.

Before those talks, Borrell told reporters that the United States and Europe needed to make it clear to the world that Russia’s war and blockade, not the sanctions against Russia, were the root of the global food and energy problems. The two officials met on the sidelines of a summit of the Association of Southeast Asian Nations being hosted by Cambodia this week.