Why protesters demanded the president’s resignation. 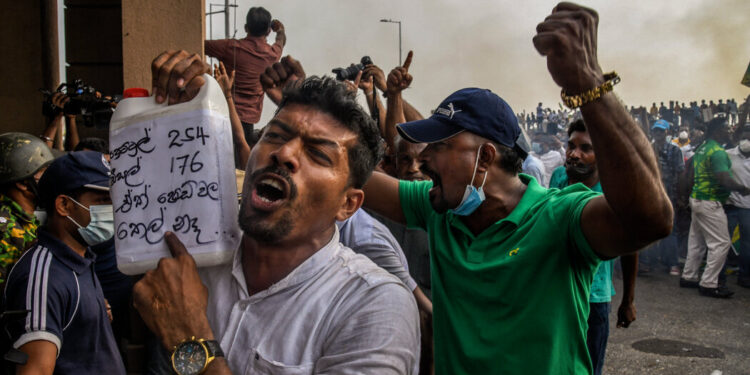 One of the first signs of trouble came just before the coronavirus pandemic hit.

Sri Lanka’s newly elected president Gotabaya Rajapaksa delivered on a campaign promise and implemented sweeping tax cuts in November 2019. The move would boost the local economy, said Mr. Rajapaksa, a member of a family that has dominated the politics of the country lately. decades.

But that plan came to a halt due to the virus. Travel restrictions and lockdowns dealt a serious blow to Sri Lanka’s tourism-based economy. And, crucially, the country was robbed of the foreign currency it uses to buy fuel.

Credit rating agencies were quick to warn of Sri Lanka’s deteriorating ability to pay off its already high debt. But as the tax cuts put pressure on the treasury and the Sri Lankan rupee lost value, Mr. Rajapaksa inflexible.

One of the president’s next steps, in 2021, was to ban fertilizers made abroad. Mr Rajapaksa argued that the policy – ​​heralded as a push towards organic farming – was better for human health and the environment. Critics pointed out that stopping those imports would help bolster the country’s foreign exchange reserves.

The policy was disastrous: farmers were ill-prepared for the change and crop yields plummeted. That led to skyrocketing food prices, which were already rising due to the pandemic, and sparked scarcity concerns. The fertilizer ban was lifted before the end of the year, but the turnaround came too late to save the next crop.

Soon, for many Sri Lankans, food and fuel were either impossible to find or too expensive to buy. The country went from a debt crisis to a total economic collapse. Daily life was turned upside down with power cuts, people waiting in line for hours to buy fuel and cooking gas, and abrupt stops to public transport.

The downward spiral was accelerated by the war in Ukraine, which exacerbated supply chain problems around the world. In April, the government suspended payments on its international debt.

By then anti-government demonstrations had become an almost daily affair in the country. Protesters blamed Mr Rajapaksa and his family for their struggle and wanted them out of the government.