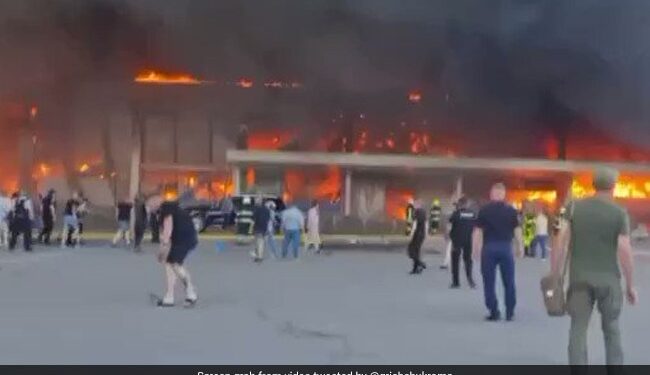 Volodymyr Zelenskiy said there were more than 1,000 people in the mall at the time of the attack.

“The occupiers fired rockets at a shopping center where there were more than a thousand civilians. The shopping center is on fire, rescuers are fighting the fire. The number of victims is impossible to imagine,” Zelensky wrote on Telegram.

A video shared by Zelensky showed the mall engulfed in flames with dozens of rescuers and a fire truck outside.

Ukrainian president’s deputy chief of staff Kyrylo Tymoshenko said on Telegram that about 20 have been injured so far, nine of them in “serious condition”.

The governor of the Poltava region, Dmytro Lunin, denounced the attack as a “war crime” and “crime against humanity”, calling it a “cynical act of terror against the civilian population”.