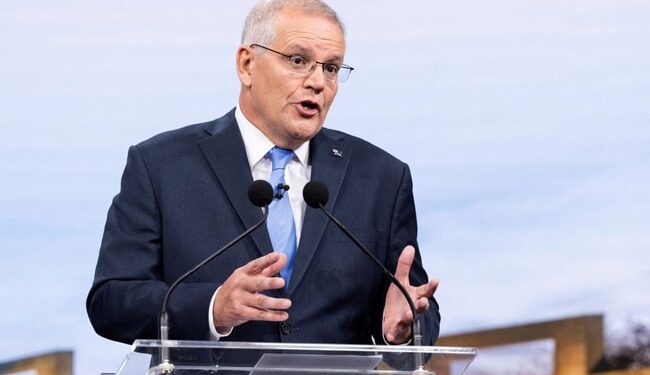 Australian Prime Minister Scott Morrison admitted his defeat in the national election on Saturday after a “difficult night” for his Conservative government.

“Tonight I spoke with the leader of the opposition and the new prime minister, Anthony Albanese, and congratulated him on his election victory,” Morrison said.

The 54-year-old outgoing leader noted that support for major parties had fallen in the election.

“I think about the upheaval that is happening in our nation, and I think it’s important for our nation to heal and move forward,” he said.

Morrison’s voice broke with emotion as he thanked his wife Jennifer and his daughters, “the loves of my life”.

“I have no doubt that under the strong leadership of our coalition, I look forward to the return of a coalition government in three years.”