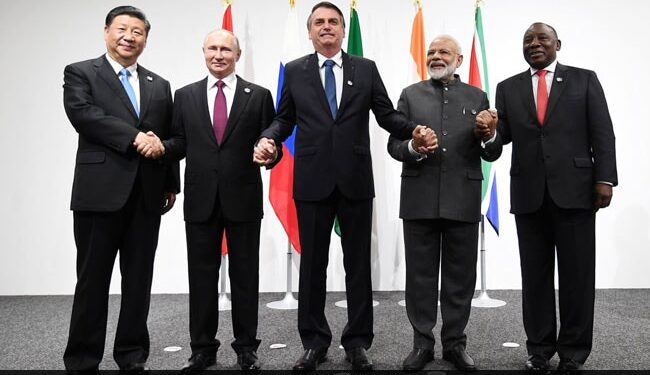 The Chinese Ministry of Foreign Affairs said it supports the BRICS Plus cooperation. (File)

For the first time, the Brazil-Russia-India-China-South Africa (BRICS) group is expected to begin an expansion process to include new members from developing countries, the Chinese government said.

Chinese Foreign Ministry on Friday that Beijing will actively promote the expansion of BRICS and welcome more global partners to join the group.

Foreign Ministry spokesman Wang Wenbin made the comments in a statement yesterday in response to media questions about Beijing’s view on expanding BRICS.

“China will work on BRICS parties to continue in-depth discussions on BRICS expansion and determine the standards and procedures for it by consensus. We look forward to more like-minded partners joining the large BRICS family,” he said. in a statement.

Mr. Wang stressed that the recently held meeting of the foreign ministers of the BRICS supported the expansion of the initiative, while the “BRICS Plus” consultation was also held as part of the meeting of the ministers.

A virtual BRICS Plus conference was reportedly held on May 23 as part of the key meeting with ministers from countries including the UAE, Saudi Arabia, Egypt, Kazakhstan, Indonesia, Argentina, Nigeria, Senegal and Thailand.

BRICS Plus is a new phase in the expansion of BRICS – already known for its combined economic growth potential – which aims to welcome more countries and improve economic conditions.

China is actively supporting the start of the BRICS expansion process and broadening “BRICS Plus” cooperation,” the Chinese ministry said.

“Faced with the once-in-a-century changes and pandemic exacerbated by international hotspot problems, BRICS countries agree that it is important to strengthen cooperation with other emerging markets and developing countries, further improve BRICS’ representation, BRICS voice on major international and regional issues that are more widely heard, join hands to face challenges and defend the common interests and development space of emerging markets and developing countries, the statement read.