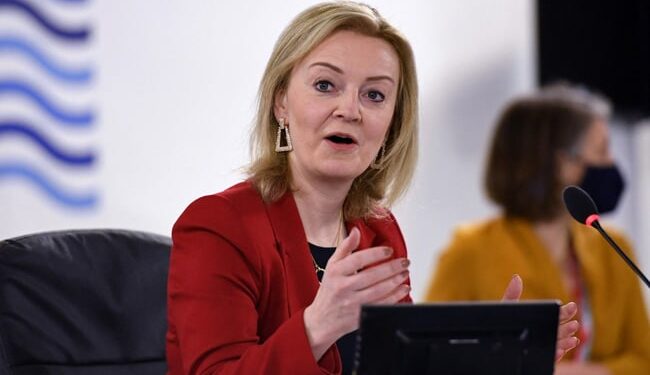 Britain has been a staunch ally of Ukraine since Russia launched the invasion on February 24.

“During her first conversation with a colleague since she became prime minister, she reiterated to the Ukrainian leader that he had her full support and that Ukraine could count on the UK’s help for the long term,” a spokeswoman said.

They also discussed “the need to strengthen global security and the measures needed to cut off the funds that fuel (Russian President Vladimir) Putin’s war machine,” the spokeswoman said.

“Leaders deplored Putin’s attempts to use energy as a weapon, and the prime minister said it was vital that Russia’s blackmail did not stop the West from causing Putin to fail.”

Britain has been a staunch ally of Ukraine since Russia launched the invasion on February 24.

London has funneled military hardware, funding and training resources to Kiev’s armed forces, which are now fighting in the south and east of the country.