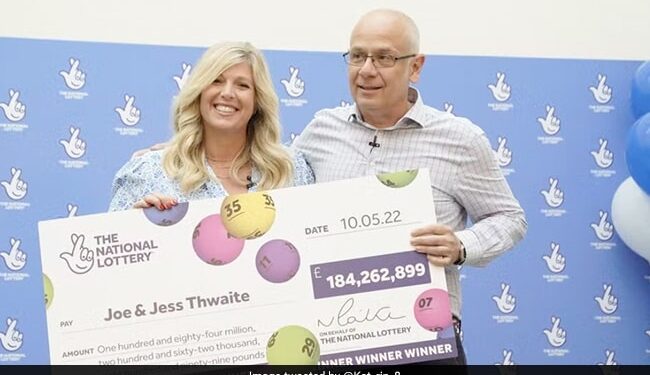 Joe and Jess Thwaite won the lottery in May.

The couple who won £184 million in EuroMillions – one of the largest lotteries in the UK – have bought a used Volvo for £38,000, the Independent reported. This is the first purchase Joe and Jess Thwaite have made since winning the raffle prize.

It was reported last month that they were planning to go on a world tour to celebrate their big win, but made a modest purchase.

The couple’s neighbors are not surprised.

“They are mega lottery winners, but first and foremost they are down to earth people who have worked hard all their lives. The car is smart, respectable and sensible – just like Joe and Jess,” a neighbor told the Independent†

Mr Thwaite, 49, is a communications sales engineer but quit his job after hitting the jackpot. His 44-year-old wife runs a salon and they have two children.

Thwaite had previously said he is “not a big car person” and revealed his dream car – a Skoda Superb Estate.

When the pair received the life-changing news last month, both Mr and Mrs Thwaite told the BBC that the win will “give us time to dream”.

“Our two kids have always talked about going to Hawaii, I have no idea why, but we can make that dream come true now. Just to see their faces when we can make these things come true will be worth every penny said Mrs Thwaite. had said.

They broke the previous record of £170 million in winnings, claimed by an anonymous British player, according to the BBC.